Newquay: Family Found Out At Sea 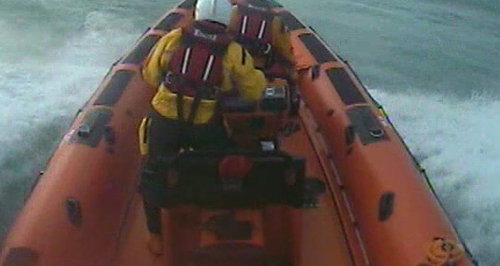 This is the moment a family of four were rescued after they had drifted half a mile out to sea due to strong cross winds.

A family of four hired some water sports equipment, kayaks and paddle boards, from the local hire centre.

The man who hired the equipment to the family, who is also a member of the RNLI Newquay lifeboat crew, gave the family a safety talk before entering the water and told them to stay in the harbour.

Once in the water, the strong off shore winds led to the family starting to drift across the bay, half a mile from the harbour, due to the strong cross shore winds.

The family put their paddles in the air and called for help.

The lifeguards picked up the family two-by-two and returned them to the shore safely. Everyone arrived back on shore at 4.30pm and the family of four thankfully walked away uninjured.