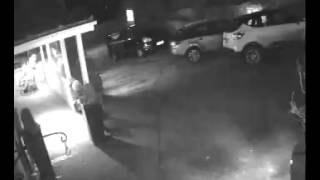 Police are investigating the theft of a 12-year-old Burman cat named Jerry from a hotel in Penzance.

He was taken from the Hotel Penzance, on Lescudjack Terrace, on Tuesday 10th February at around 10.30pm.

Police have released CCTV footage which shows a man walking into the car park of the hotel, and kneeling down to entice the cat.

A couple of minutes later the man is seen once again having followed the cat to the top of the car park. He is then filmed leaving the premises with something stuffed inside his jacket, believed to be the cat.

Police would like to speak to anyone who can identify the man or knows of the whereabouts of the cat.

If you have any information relating to the theft please call 101, or email the police on 101@devonandcornwall.pnn.police.uk quoting crime reference CR/010037/15, or anonymously via Crimestoppers on 0800 555 111.