The founder of Alton Towers, John Broome, has been granted planning permission for the UK's first six star resort in North Cornwall.

Cornwall Council's strategic planning committee granted permission for the resort with an overwhelming 17 to 1 majority.

Camel Creek resort, on the former site of Cornwall's crealy adventure park will be turned into a luxury, world class holiday resort. 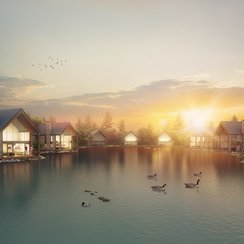 Building work is expected to start in February 2017, and should take three years to complete.

It'll also see 997 permanent jobs created, with at least double that in the supply chain.

John Broome says they have a strong "Cornish First" policy, so they'll buy as much as they can from inside the county.