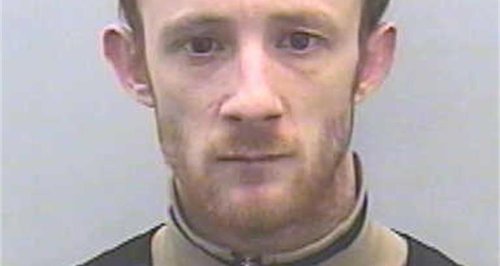 Police in the Duchy are searching for this 28-year-old man, who has breached his licence conditions after being released from prison.

Mark Thornton, who was originally charged with robbery, left his address in St Austell in February.

Police have now made a number of enquiries to arrest him and return him to prison.

Officers are asking the public for information about Thornton’s whereabouts and to report any sightings to them.

He has links to Falmouth, Penryn and Redruth areas and is described as white, 5ft 10ins tall, of slim build with short, ginger hair.

Members of the public are advised not to approach him but to report any sightings or to provide information to police on 101, quoting log 524 of 18/02/15.