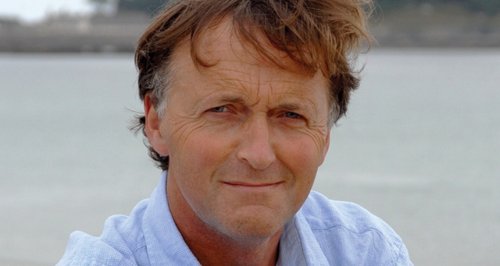 Liberal Democrat Andrew George, who lost his St Ives seat after 18 years representing West Cornwall in the House of Commons, has issued a statement following the General Election result.

Here it is in full:

'Thank you to the many people who helped and supported our campaign. I am sorry that we were not able to get a better outcome.

Also many thanks to the hundreds of people who have contacted me since the result was announced to express their disappointment and to offer ongoing support. We have been overwhelmed by both the kind expressions of appreciation but also the unexpected scramble of new people wishing to sign up to the Party and to help.

We were undone by a late tidal wave of largely synthetically generated fear which, it seems, we could do nothing to resist. It was a marginal victory for the Conservatives and one which we are determined to reverse in five years’ time.

It has been the greatest privilege of my life to represent the best place and the best constituency in the UK for the past 18 years. West Cornwall and the Isles of Scilly is very special and unique. I was born and brought up here. I’m not going away.

In spite of the “slings and arrows” and the occasional destructive tribalism which can undermine progress, I am proud of what has been achieved and that I have had the opportunity to represent the noble values of thousands of local people who I admire and whose support I have appreciated.

I congratulate Conservatives on their success and Derek Thomas on his victory. I wish him well and will be ready to support initiatives and campaigns for the good of the people, the economy and the environment of this area.

Many of the unfinished projects that I have been involved in can be completed without access to Parliamentary infrastructure.

The General Election result is a devastating blow not only for many of those who lost their seats, but for the United Kingdom more generally.

If you’re wealthy, privileged, anticipate a large inheritance, have more than one home, are a land speculator, want to hide your wealth from the taxman, believe that much of the ills of society are the cause of foreigners, gypsies and others, and that the poor have only themselves to blame you’ll be pleased with the new Government.

However, if you are poor, sick, disabled, a young person seeking hope for your future, poorly housed, dependent on public services, work for or are passionate about the NHS or even a creature who’d prefer not to be pursued to their death across our countryside just for fun then you have much to fear during these next five years.

I may not now be a Member of Parliament, but I’m not going to walk away from West Cornwall or from the values that brought me into the job. I retain a strong sense of duty to those I came into politics to fight for. Though it will be more difficult, I will continue that work.

Last Thursday’s result demonstrated more clearly than anything else why those who share a broadly “progressive” agenda should seek to work together rather than fight each other to a standstill and just let the Tories into power. The Tories now have absolute entitlement to govern this country but with less than 25% of the electorate having voted for them i.e. nearly 76% didn’t support them! They may have a parliamentary mandate, but they don’t have a moral justification to rule as they please.

Though I am not in Parliament, I will seek to work with colleagues of all Parties to create a progressive alliance to challenge and oppose any Government action which would be to the detriment of those who need help, our communities, our public services, the NHS and the environment.

I’m told that the Green Party were pleased with their performance and their result in this constituency at this election. But, I get the impression that that view is not shared by those with a genuine concern about the environment, animal welfare, climate change, etc. Most I’ve spoken to are devastated about the result and its impact on green policy. Nor is it the impression I get from the message of commiseration and support received today from Caroline Lucas MP.

If we don’t find a way of bringing together people in a progressive alliance to fight the Conservative agenda then we will all be undone in the same way at the next General Election in May 2020. I am determined to reverse this set back.'