Woman Dies After Recovery From Sea In Cornwall 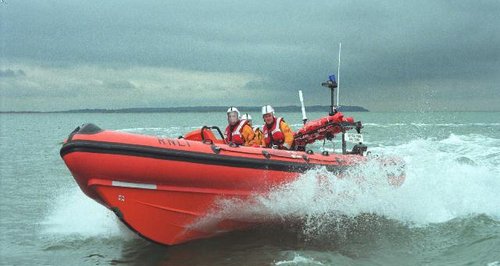 An investigation is underway into the death of a woman who was recovered from the sea in Cornwall.

Police were called at around 10am on Sunday about a missing 36-year-old woman from Burton-on-Trent who was on holiday in Polzeath with her family and friends.
A coastal search was launched involving Police, Coastguard and the Lifeboat team.
The body of woman was located and recovered from the sea by the Lifeboat, and was taken to Treliske Hospital where she was confirmed deceased on arrival.
The woman's next of kin has been informed and Police are continuing enquiries in to the circumstances of her death on behalf of the Coroner.
Police would like to hear from anyone who was walking on the costal path between Polzeath and Daymer Bay anytime during the evening of Saturday the 3rd of December and the morning of Sunday the 4th.
If you were in the area and saw anyone during this time, please contact 101@dc.police.uk quoting police log number 283 for the 4th of December.

Kate Middleton No Time To Die premiere outfit: Everything she wore from dress to jewellery