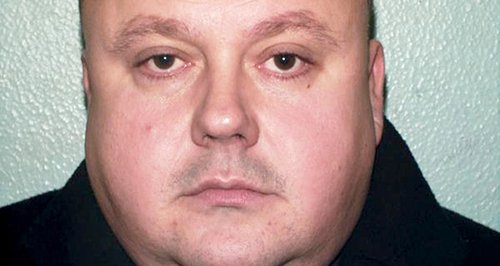 The man who is serving a whole-life prison sentence for the murder of schoolgirl Milly Dowler has admitted killing the 13-year-old for the first time.

Serial Killer Levi Bellfield, who was jailed in 2011 for the murder of Milly Dowler, made the admission during an investigation in to whether he had an accomplice, according to Surrey Police.

The force also revealed it had arrested a man in his 40s on Wednesday before releasing him without charge over the allegation, after finding there was no evidence to support it.

In a statement issued through solicitors, Milly's family said:

"The Dowler family has been made aware of the recent arrest.

"They have been aware for some consideration time that a new police investigation was taking place into the circumstances of the abduction and murder of Milly.

"The effect of this information has been devastating for a family which has already had to endure so much.

"We must stress how important it is that, notwithstanding this development, the Dowler family should be afforded privacy and space to go about their lives, and we are grateful for the consideration of the public and media in that regard."

Milly was snatched from the street while on her way from school to her home in Walton-on-Thames, Surrey, in March 2002. Bellfield was found guilty of abducting and killing 13-year-old Milly following a trial at the Old Bailey.

In February 2012 he lost a bid to challenge his conviction at the Court of Appeal in London.

`During this investigation police have also spoken to Levi Bellfield and he has admitted his responsibility for the abduction, rape and murder of Milly Dowler.

`Despite his conviction, this is the first time Bellfield has made such admissions to police'.

Bellfield was already in jail for the murders of Amelie Delagrange and Marsha McDonnell, and the attempted murder of Kate Sheedy, when he went on trial accused of killing Milly.

Milly's body was found in a wood in Yateley Heath, Hampshire - 25 miles from Walton-on-Thames. Experts could not say how she died.

Bellfield, who now calls himself Yusuf Rahim, lived 50 yards from where Milly vanished but did not become a suspect until he was arrested by police in London for the other crimes in 2004.

The Surrey Police spokesman added that the man arrested today was held`in relation to allegations of rape and assisting an offender''.

He added: `The arrest was made following new information regarding an accomplice being involved with Levi Bellfield (who now calls himself Yusuf Rahim) in the abduction and rape, but not murder of Milly Dowler.

`Police have thoroughly investigated this claim and as the final part of their inquiries made the arrest today. The man arrested has subsequently been released with no further action as no evidence has been found to support the allegations.''