Fossil remains of two rat-like creatures, thought to be our oldest known ancestors, have been discovered in Dorset.

Scientists at Portsmouth Uni say the animals lived 145 million years ago - and believe they can draw a direct evolutionary line from the ancient mammals to people living today.

Two teeth belonging to two different species were sifted out of samples of Cretaceous period rock collected from exposed cliffs near Swanage.

Dr Steve Sweetman, from the University of Portsmouth, said his "jaw dropped" when one of the university's undergraduate students asked him to look at the specimens.

"The teeth are of a type so highly evolved that I realised straight away I was looking at remains of Early Cretaceous mammals that more closely resembled those that lived during the latest Cretaceous, some 60 million years later in geological history.

"In the world of palaeontology there has been a lot of debate around a specimen found in China, which is approximately 160 million years old. This was originally said to be of the same type as ours but recent studies have ruled this out. That being the case, our 145 million-year-old teeth are undoubtedly the earliest yet known from the line of mammals that lead to our own species."

The area where student Grant Smith found the teeth is known as the Jurassic Coast because it has produced so many dinosaur fossils.

Both the ancient mammals were probably nocturnal, Dr Sweetman and co-authors reported in the journal Acta Palaeontologica Polonica.

One was likely to have been a burrower that ate insects and the other larger creature may have consumed plants as well, the researchers believe. 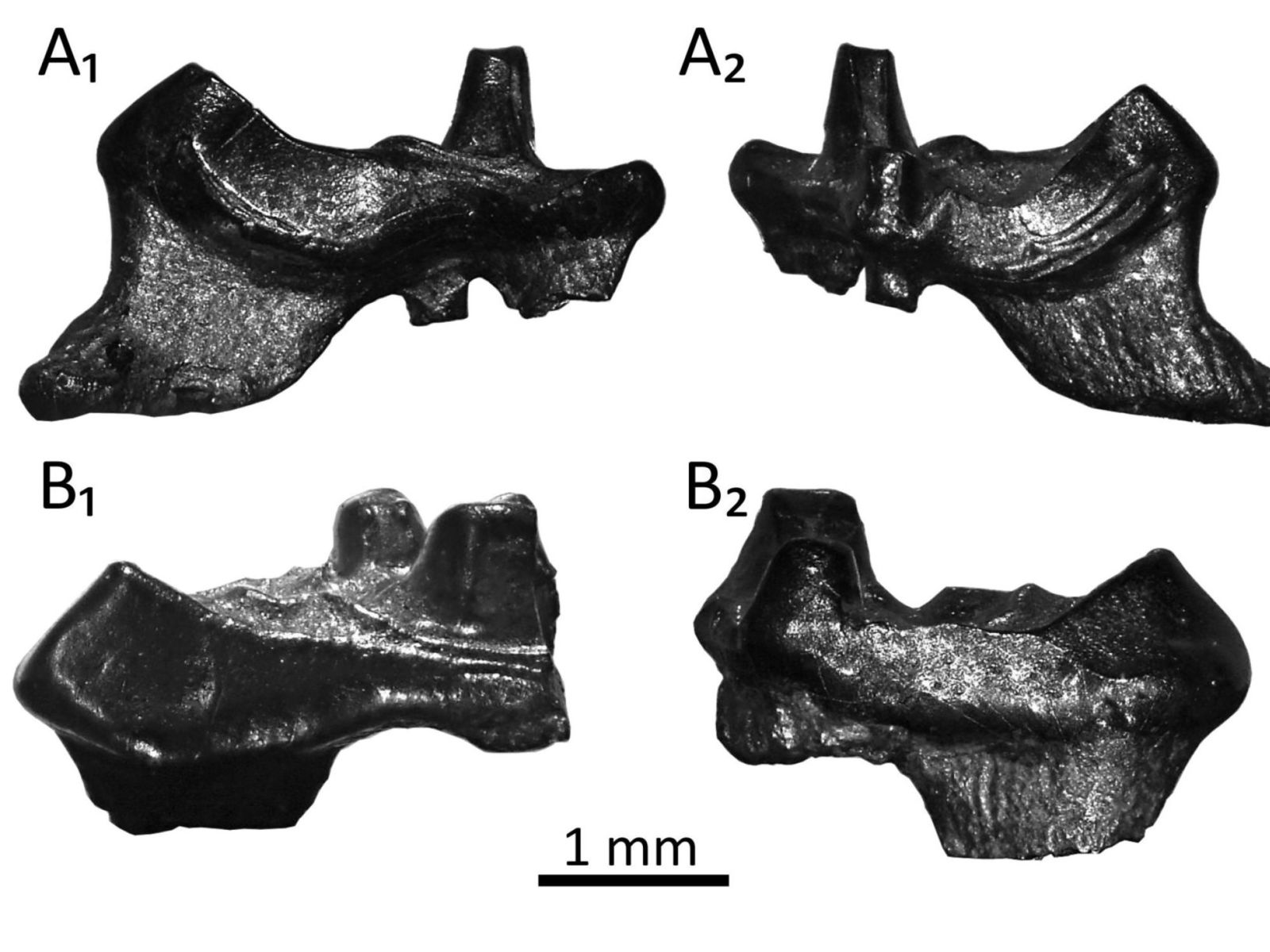 "The teeth are of a highly advanced type that can pierce, cut and crush food. They are also very worn which suggests the animals to which they belonged lived to a good age for their species - no mean feat when you're sharing your habitat with predatory dinosaurs."

The animals are believed to be direct ancestors of most mammals living today including creatures as diverse as the blue whale and pigmy shrew, as well as humans.