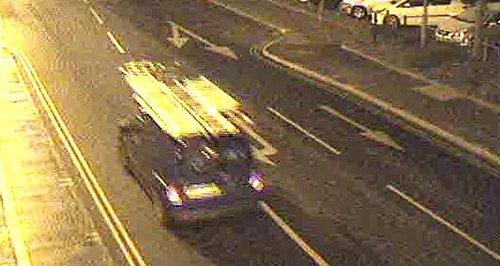 Police investigating the death of an elderly pedestrian, in a collision in Poole, are trying to trace a van driver who may've seen what happened.

At around 6.20am on Friday 6 February, a serious collision happened on Poole Road in Branksome near to the railway station involving a black Chrysler car and a pedestrian.

Sadly the pedestrian, an 89-year-old man from Poole, suffered a serious head injury and died at the scene.

The driver of the Chrysler was uninjured.

“I am appealing to anyone who witnessed the collision or saw the manner of driving of the black Chrysler or a male pedestrian carrying a white bag immediately prior to the collision to call Dorset Police.

“I am grateful to a number of motorists who were travelling from Bournemouth toward Poole behind the Chrysler at the time of the collision and have already come forward to speak to us.

“I am particularly keen to hear from the driver of a small blue van with ladders on the roof who may have witnessed the incident but left the scene before police arrived.

“I am now in a position to release a CCTV image of this vehicle and would urge the driver or anyone who knows the owner to contact Dorset Police on 101. They are not in trouble but I believe they may be able to assist the investigation.”

A 27-year-old man from Bournemouth arrested on suspicion of causing death by careless driving has been released on police bail pending further enquiries.

Witnesses and anyone with information should call Dorset Police in confidence on 101 quoting incident number 6:37. Alternatively, call the free and anonymous Crimestoppers line on 0800 555 111 where mobile phone tariffs may apply.