The Lost Garden in Bournemouth has been prosecuted by Bournemouth Borough Council's Regulatory Services, following a serious incident on 18 March 2014.

On 22 April 2015 Bournemouth Magistrates' Court heard how an ornamental statue weighing almost 300kg fell into a crowd of people in the early hours of the morning during a student night, seriously injuring a first year Bournemouth University student.

The Garden of Bali Limited, the company which operates the popular tropical-paradise themed restaurant and cocktail bar on Exeter Road, pleaded guilty to an offence under the Health and Safety at Work etc Act 1974, for failing in their duty of care towards their customers.

The Magistrates' described the incident as very serious, resulting in particularly horrific injuries, and the company was fined £20,000 with costs of £14,000 and a victim surcharge of £120.

The 20 year old female student, who does not wish to be named, suffered multiple fractures to her leg, ankle and knee when the falling statue made contact with her.

Despite her resilience and determination to get back to normal, it has been a difficult road to recovery and the numerous scars on her leg are thought to be permanent.

Ben Sims, the Senior Environmental Health Officer for the Council who investigated the incident, said:

"The circumstances of this incident were unusual and the student has suffered through no fault of her own.

"We think the statue had been pushed by another customer but this person has never been identified, no one witnessed what happened and it was not caught on CCTV.

"Essentially the statue should have been secured to prevent it from being toppled in the first place".

A public apology was offered on behalf of the company, which pleaded guilty at the earliest opportunity in the court proceedings.  The court was told that following the accident steps were immediately taken to prevent the statue from being toppled by any means and, with the exception of this incident, the Best Bar None award-winning business was otherwise very well operated. 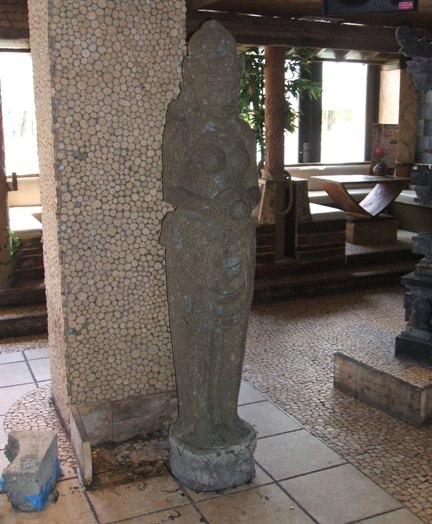