Around 60 firefighters are now tackling a fire in Bournemouth at the former Belverdere Hotel which is causing some delays in the area.

Smoke can be seen across Bournemouth this afternoon. Dorset Firefighters were called out this afternoon after a fire is thought to have started in the roof. 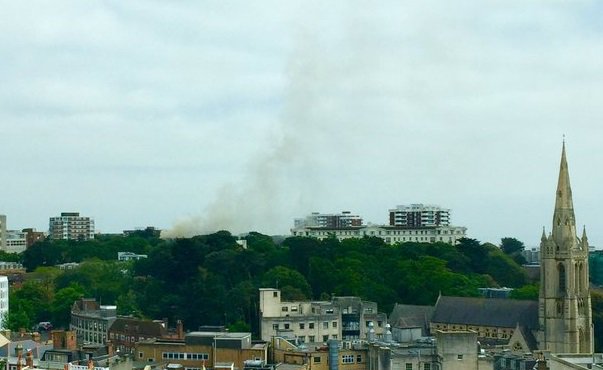 it's not yet known how it started.

Bournemouth Council say they are working with the Rough Sleeper Team providing assistance and emergency accommodation to those affected.