The fire service think a large heath fire near Christchurch was arson.

75 firefighters were called out at the Ashley Heath roundabout on Tuesday evening (13 June) - with long delays for rush hour drivers as the nearby A338 was partly closed.

Crews have been back this morning to reinspect. The exact cause isn't known yet.

Police are investigating. A Dorset Police spokesperson said: "Following contact with the fire service, Dorset Police is investigating the causes of this incident and our enquiries are ongoing. Officers will also be proactively increasing patrols in the area." 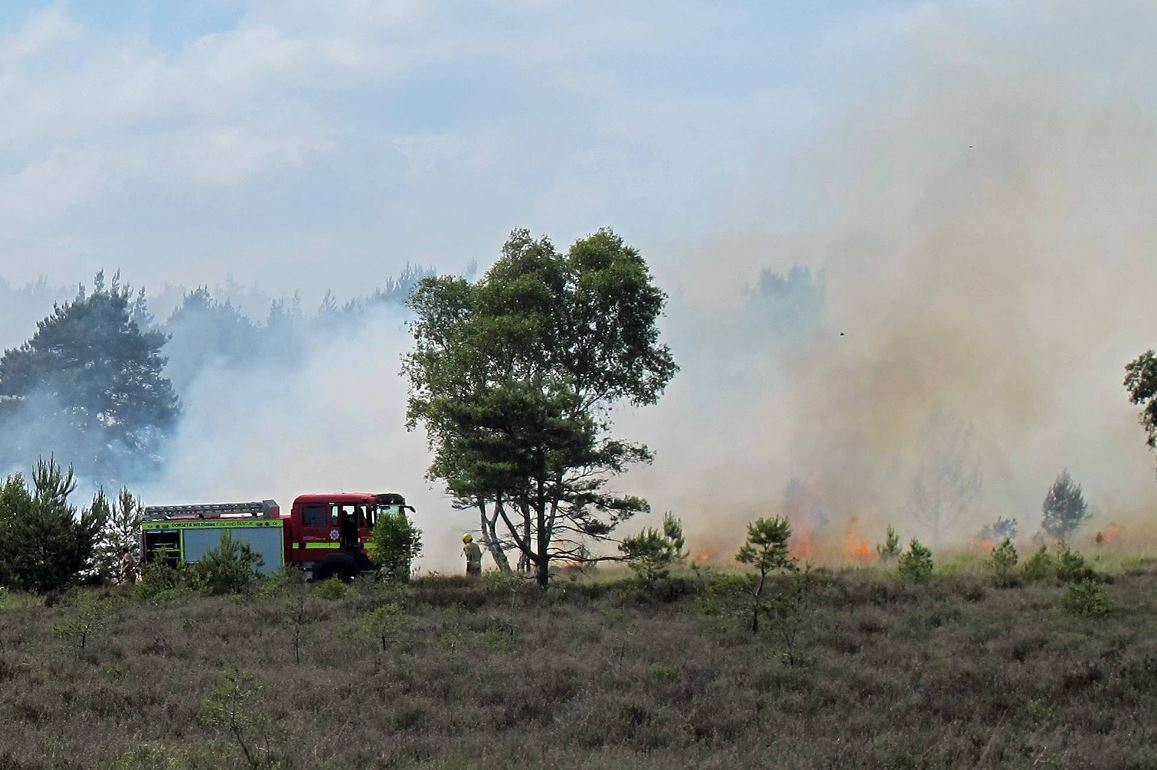 75 firefighters using 12 fire engines, five 4x4 Land Rover pumps, a 4x4 unimog and two water carriers dealt with the fire at its height. Some 3.2 hectares of heath were affected, on land off the A338 spur to Ashley Heath roundabout, between Ringwood and Bournemouth.

One lane of the A338 was closed for almost seven hours due to the smoke, causing significant issues for traffic, and Fire Control took almost 150 emergency 999 calls relating to the blaze.

The Service attendance was scaled back by late evening, with reinspections through the night and this morning.

Crews say although the exact cause of the fire is unknown, it was most likely started by a deliberate fire.

"This was a significant fire, requiring a lot of firefighting resources, and the smoke was very intense for some hours, which is why the A338 was partly closed. Our thanks go to our partner agencies who supported us during the incident, and also to affected drivers for their patience while we tackled this fire.

"With a period of hot, dry weather being forecast, we would urge people to take real care when enjoying the sunshine in our beautiful countryside. If you do want a campfire or barbecue, please make sure that you're in a safe area and that the ashes are fully extinguished and damped down before you leave.

"Large wildfires are thankfully rare but, when they do occur, they take a great deal of resources to bring under control, which impacts the availability of appliances for property fires and other emergencies. The damage to local wildlife is also significant, often destroying ecosystems that have taken years to build up."

The Service has issued the following advice:
- Avoid open fires in the countryside. If you must have a fire, make sure that you're in a designated safe area.
- Put out cigarettes and other smoking materials properly before you leave your vehicle.
- Do not throw cigarette ends out of your vehicle. They could start a fire and destroy surrounding countryside.
- Don't leave bottles or glass in woodlands, as sunlight shining through the glass can cause a fire to start. Take the items home, or put them in a waste or recycling bin.
- If you see a fire in the countryside, report it immediately. Do not try to tackle a fire yourself; usually they can't be put out with a bucket of water. Please call the fire service on 999 and leave the area as soon as possible.
- Ensure that you know your location or a landmark so you can direct the fire service.
- Make sure you know the Countryside Code - www.gov.uk/government/publications/the-countryside-code