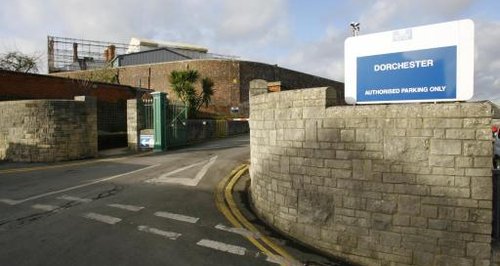 A further four prisons are to due close, including one in Dorset, the Government has said, as it confirmed plans to build two new "super'' jails in England and Wales.

Dorchester in West Dorset, Blundeston in Suffolk, Northallerton in North Yorkshire and Reading prisons will close, the Ministry of Justice (MoJ) said.

The announcement was made as the MoJ confirmed plans to build a 2,000-place new prison in Wrexham, North Wales.

Feasibility work has also started on a second large prison to be constructed in the south east of England, focusing on the possibility of replacing the existing Feltham Young Offenders Institution in west London with a large new adult prison and a new youth facility on adjoining sites in west London.

"This is the latest part of our plan to modernise our prisons, bring down costs, but to make sure that by the next election we still have access to more prison places than we inherited in 2010.

"The Feltham site in west London is a very large one, and is an obvious option for a major new project to help meet the challenges we face in London and the South East.

"I'm also really pleased that we have reached agreement on the new prison in Wrexham. It will provide a real boost to the local economy in North Wales over the next few years, which is one key reason why the Chancellor has made sure we have the money for the project.

"Of course the reorganisation of our prison estate which we are undertaking means some difficult decisions - but we have to make sure that we have modern, affordable prisons that give the best opportunity for us to work with offenders to stop them committing more crimes when they leave.''

By carrying out the four new closures it is anticipated that a further £30 million a year will be cut from the overall prison budget, it said.

Three other prisons are due to change their roles, the MoJ announced.

HMP The Verne in South Dorset will be converted into an immigration removal centre, providing around 600 additional places to hold immigration detainees awaiting removal.

HMP Downview in Surrey will change function to hold male rather than female offenders and HMYOI Warren Hill in Suffolk, will stop holding young offenders and will also change to hold adult male prisoners, the MoJ said.

Discussions will also begin to end the lease on HMP Dartmoor.

Final decisions on the site are a long way off as the lease has a 10-year notice period but the age and limitations of the prison mean that it does not have a long-term future in a "modern, cost-effective'' prison system, it said.