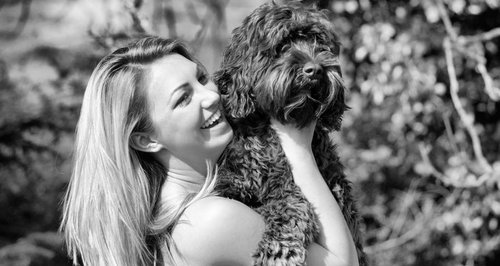 A woman who died in a crash on the A37 near Dorchester has been described as 'beautiful inside and out' by her family.

It happened at around 10.16pm on Friday 8 May 2015 three miles north of Grimstone on Break Heart Hill.

Two people - 25-year-old Louiza Covey from Bridport who was a passenger in the Golf and the driver of the van - died.

Four other people were injured in the collision.

The passenger of the Volkswagen Transporter, a 37-year-old woman from Poole, is described as being in a life threatening condition.

All four are receiving treatment at hospitals in Yeovil, Dorchester and Bristol.

Louiza, known as Lulu to her family and friends, was born in Dorchester and grew up in Salway Ash. She worked as a highly-regarded horse groomer.

In a statement, Lulu's family said:

"Lulu was an exceptional young woman whose constant happiness was contagious to everyone she knew and loved.

"She was as beautiful inside as she was out and could change your day with a comment and smile.

"Her honesty and pursuit of joy in everything she did should be an example to us all.

"For all her family and friends, she leaves behind a void that will always be filled with treasured memories of her. She will never be forgotten."

Officers from Dorset Police's Traffic Unit are continuing to investigate the cause of the collision.

"I am appealing to anyone who witnessed the collision or saw the manner of driving of either vehicle prior to the incident to please call me urgently on 101.