A man has been jailed for life after being found guilty of murdering his girlfriend and wrapping her body in a children's duvet and plastic sheet before dumping it in a lake near Poole.

Dominic Isom, 28, will serve at least 17 years behind bars before being considered for parole for the killing of ``diminutive'' Samantha Henderson. 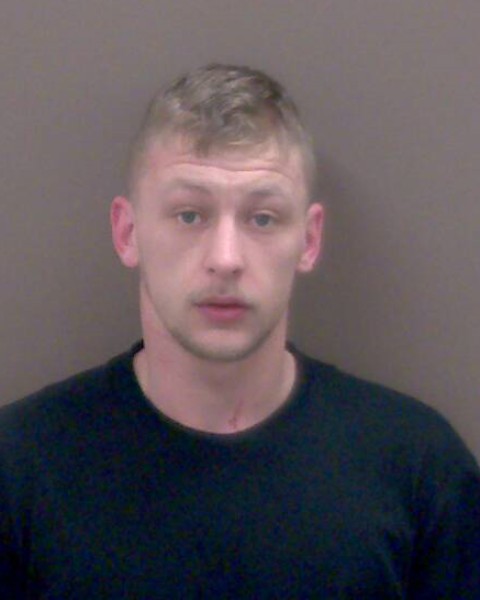 Mother-of-four Miss Henderson, 25, who was 5ft 2ins, died as a result of ``multiple blunt force'' injuries to her head and neck.

Isom tried to cover his tracks by pleading with her to come home on WhatsApp and sending voicemail and text messages to her phone, knowing she was dead.

Her body was found by police dogs nine days after she vanished on a lake bed near Ham Common in Hamworthy - weighed down with stone slabs.

A seven-day trial at Winchester Crown Court heard that the couple had a ``fractious'' and ``jealous'' relationship which led to rows, mostly regarding previous relationships.

Prosecutor Ian Lawrie QC told the trial the pair had cancelled their wedding just a month before she died and she had relinquished the tenancy on their home in Halves Cottages, Corfe Castle.

Isom killed Miss Henderson in their garden shed sometime on the afternoon of January 21, away from her children's view.

Mr Lawrie said that Isom would have then ``frantically'' cleaned up the blood caused by the attack before he drove the ``bundle'' of her body in the duvet to the lake.

He said that Isom stopped on the way to the lake to buy some cannabis from an acquaintance who described him as his ``usual happy self''.

Isom admitted causing the death of Miss Henderson but denied her murder.

He was jailed today following his conviction, Dorset Police said.

Following his sentencing, a statement on behalf of Miss Henderson's family said: ``Although justice has been served today nothing will bring Sam - our caring, fun and vibrant daughter - back after we were cruelly robbed of her in January this year.''

Detective Inspector Neil Devoto, of Dorset Police's Major Crime Investigation Team, said: ``Isom carried out a violent and sustained attack on Samantha and then went to great lengths to hide the crime.

``He lied to police about Samantha going missing and even gave the impression he was concerned for her by sending messages to her phone pleading for her to return home.

``Isom's brutal actions that day robbed her four young children - aged seven, five, two and one - of their caring and loving mother.

``Samantha's family and friends have been left devastated by her tragic death and I hope today's conviction will in time bring some small comfort that justice has been served.''