Hundreds of people have been at a farewell parade, for a famous Dorset-based motorbike display which is being disbanded.

The White Helmets have been performing stunts since 1927, but the decision was made to modernise their image.

Displays have ended with a special farewell parade through Blandford Forum, which is close to their Dorset base. 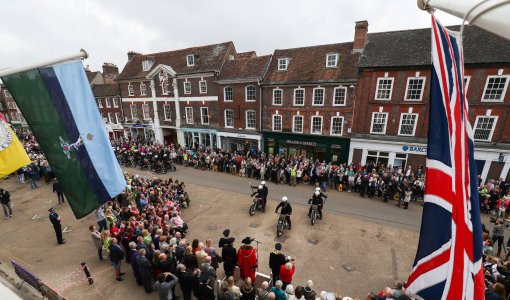 Their final full public performance was at the Preston Military Show on 16 September.

The decision was made earlier this year to disband the White Helmets as the Royal Signals promotes its 21st century role at the cutting edge of digital technology and cyber warfare.

Team leader Capt John McLelland said he understood the reasons for the decision to disband and was proud to be a member of the final line-up. He said:

"It's a multitude of things but the main one being that it's been a long time since we've used motorcycles to communicate around the battlefield.

"It's been 90 years the team's being going - 1927 is when we were formed - and the Royal Signals is about cutting-edge technology, is about being leaders in the digital age, and it's about modernising our image to show that we're in line with that and, as such, unfortunately, the team's being disbanded.

"I won't lie, I am obviously disappointed. I am sad and I think every rider here is.

"However, we're very proud and privileged to have had the opportunity to be able to ride and be involved in such a unique job.

"And also, to be here at the end, whilst it is a sad thing to do, it is a very proud moment for us - especially on the last show, it will certainly be a proud moment for everybody involved."

The unit was formed in 1927 to showcase the skills used to carry messages in combat. The team, who always perform in full Royal Signals uniform, first used horses but these gave way to motorcycles in 1937, although many of the tricks they still perform are related to horseback stunts. They adopted the White Helmets title in 1963.

"The Royal Corps of Signals have come far since using motorbikes to carry messages across the battlefield, and are now highly trained 'Leaders in a Digital Age' with expertise in cyber operations. 2017 will be the last season for the iconic White Helmets Royal Signals Motorcycle Display Team." 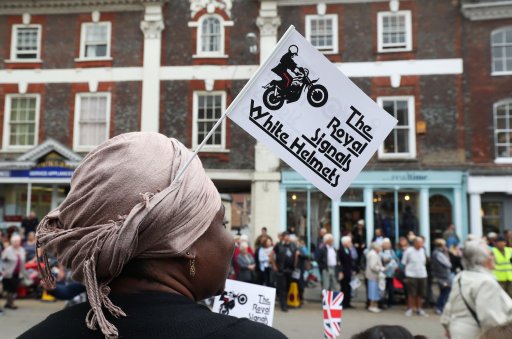