Man Jailed For Attacking A Dad At Christchurch Station 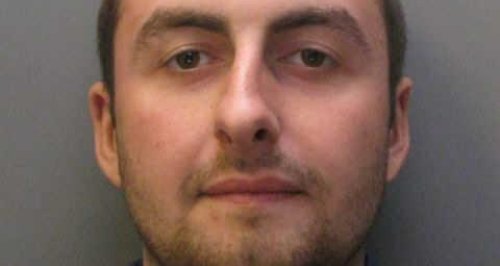 A man who attacked a 56-year-old father in front of his family in Dorset has been jailed for two-and-a-half years.

Nathan Brown, 22, of Glentrammon Road in Orpington, was sentenced at Bournemouth Crown Court on Thursday, 9 July.

His victim required surgery after Brown beat him with his belt in the attack, which happened at Christchurch station in Dorset on Saturday, 18 October, 2014.

At an earlier hearing, the court was told Brown and a friend had started an argument with the man after insulting his wife.

The pair had been drinking after attending a football match between Bournemouth and Charlton, and Brown's friend, who was urinating on a fence at the station, had accused the man's wife of looking at him.

The court heard the victim was assaulted by Brown after stepping in because he was concerned for his wife and daughter's safety.

He was punched in the face and knocked to the floor, but got up to pursue Brown, who took of his belt and beat the man with the buckle end, before running from the station.

The victim sustained fractures to his nose, cheekbone and eye socket in the attack and was left with a deep cut above his eyebrow which required stitches.

Brown was identified from CCTV images and arrested the following morning.

"This was a terrifying attack, not just for the man who was injured, but for his family.

"Brown refused to take responsibility for his appalling actions throughout the case, but I hope that he will now use his time in prison to reflect on and change his violent ways.

"I would like to pay tribute to the victim and his family who endured this attack. I hope this result will bring them some sense of closure.

"I would also like to assure the public this sort of incident is extremely rare on the rail network, and that BTP will always do its utmost to ensure that those responsible are brought before the courts."

Brown was found guilty of wounding/inflicting GBH and sentenced to 30 months imprisonment.