A new statue of the Queen Mother has been unveiled in Poundbury in Dorset in front of the Queen, Duke of Edinburgh, Prince of Wales and duchess of Cornwall.

The Prince of Wales has given the Queen and Duke of Edinburgh a guided tour of his Poundbury development's latest phase. Charles' model village is a mix of shops, cottages, town houses and businesses built on the edge of the Dorset town of Dorchester and reflecting his passion for classical architecture.

The heir to the throne, joined by the Duchess of Cornwall, will arrive with the Queen and Duke at Queen Mother Square - the heart of the development and a newly completed hub featuring classically designed commercial and residential buildings, most of which are named after the Queen Mother's favourite racehorses.

Poundbury has been built on Duchy of Cornwall land and the royal party will be greeted by Duchy representatives before touring the square and visiting the local Waitrose supermarket and attending a private reception in Jubilee Hall.

They also travelled to the Royal Pavilion to meet architects involved in the development's design and Charles will gave a brief explanation of Poundbury.

Work began on the project in 1993 and the idea was to create an urban quarter of Dorchester which gave priority to people, rather than cars, and where commercial buildings were mixed with residential areas, shops and leisure facilities to create a walkable community. Today, Poundbury is home to 3,000 people in a mix of private and affordable housing.

The community also provides employment to 2,100 people and is home to 185 businesses. Before the Queen and Duke leave they will join Charles and Camilla for a short ceremony where a statue of the Queen Mother, created by Philip Jackson, will be unveiled. Later the Prince and Duchess will mark the opening of Poundbury's Duchess Of Cornwall Inn, named, at the suggestion of Charles, after his wife.

Charles spoke before the statue was unveiled with a very hoarse voice and a Clarence House spokesman later said he was recovering from a cold. The heir to the throne told the Queen, Duke, Duchess and the hundreds of well-wishers gathered in the new Queen Mother Square:

"For me one of the most essential features of Poundbury has been its mixed use, mixed income composition - a dangerously revolutionary move 25 years ago.''

He also acknowledged how his architectural views have been out of favour describing how he has been "battling against the tide''.

Charles said: "It is a great honour Your Majesty is able to be with us today, 18 years after you first came here, for such an important occasion in the history of Poundbury on the edge of the historic town of Dorchester.

Twenty-five years ago all this was a mere dream, to most people except for the late Sir David Landale, the then Duchy of Cornwall secretary, a completely mad dream.

Battling against the tide is an uncomfortable experience I can assure you, for that reason I'm indebted to the brilliant master planner and conventional mould breaker Leon Krier and Andrew Hamilton, the long suffering and highly professional (Duchy of Cornwall) development director, for helping to make the scheme a reality.

Over 25 different architectural practices have been involved, including importantly several of the architects at my own institute of architects. But in this square I'm enormously grateful to Quinlan and Francis Terry and Ben Pentreath for their genius in designing the buildings to create such a sense of place.''

He went on to thank the builder firms involved without whose work "none of this would ever have been achieved to such a high standard of quality'' and their teams of local craftsmen, "Dorset men through and through''.

Earlier during the royal party's tour of the Waitrose store in the square, they were each given large hampers filled with a range of goods from whisky and jams to cheeses. Two of the gifts were filled with dog treats - presumably for the Queen's dogs and Camilla's canine pets. As Philip was leaving he joked with Beth Parker, from Waitrose's welcome desk, who asked if he had come to do some shopping.

The Duke gestured to the hampers and said he had some to collect. Before leaving the royal couple visited the newest pub in Poundbury, The Duchess of Cornwall Inn, which has been named in honour of Charles' wife. The royal couples chatted to Anthony Woodhouse, managing director of brewing and pub firm Hall & Woodhouse, whose staff are running the pub and restaurant in a joint venture with the Duchy of Cornwall.

Tokyo Olympics: Belarusian sprinter Krystsina Tsimanouskaya being protected at airport hotel after refusing to fly back to Minsk 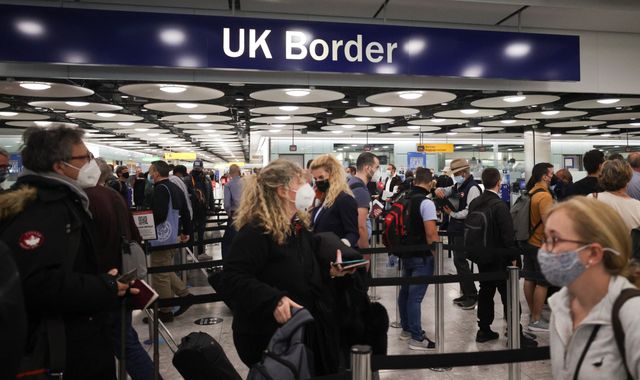