Tributes To Poole Van Driver Who Died In A37 Crash 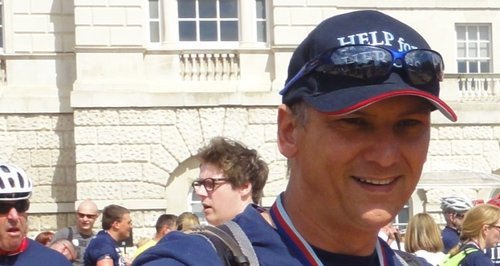 A man who died in a fatal road traffic collision on the A37 near Dorchester has been described as "a friend to all" by his family.

The collision happened at around 10.16pm on Friday 8 May 2015 three miles north of Grimstone on Break Heart Hill.

Two vehicles were involved in a head-on collision - a blue Volkswagen Transporter van and a black Volkswagen Golf.

Two people - 45-year-old van driver Steven Cook and 25-year-old Louiza Covey from Bridport who was a passenger in the Golf - died.

Four other people were seriously injured in the collision.

The passenger of the Volkswagen Transporter, a 37-year-old woman from Poole, remains in a life-threatening condition.

Steven lived in Poole and worked for the Borough of Poole.

In a statement, his family said: "Steven was a loving son, brother, dad, granddad, uncle, cousin and friend to all.

"He loved spending time with his family, especially his granddaughter.

"He lived his life to the full and enjoyed his charity work, raising money for Help for Heroes and collecting bottle tops and stamps to raise money for various other charities.

"Steven was a keen cyclist and raised money for Help for Heroes on their Hero Rides. He was a member of the Army Cadets when he was at school and enjoyed getting out and about looking at local military history.

"He also enjoyed his job with the council and took pride in helping to keep the local area clean and tidy.

"Steven will be greatly missed by all who knew him and loved him and will always be in our thoughts."

Officers from Dorset Police's Traffic Unit are continuing to investigate the cause of the collision and are appealing for witnesses to come forward.

Police Sergeant Joe Pardey, of Dorset Police's Traffic Unit, said: "I am particularly keen to hear from the driver of a car that was travelling southbound and arrived shortly after the collision. This car skidded off the road before turning around and driving away. The driver and occupants of this car may have information that could assist my investigation and I urge them to please get in contact.