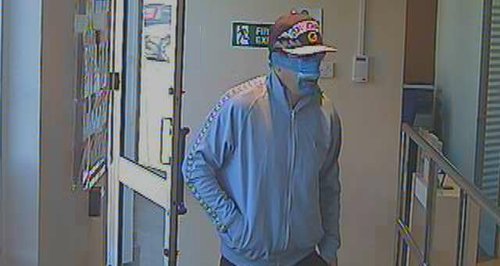 Two men have been arrested in connection with a robbery at a bank near Poole.

The raid happened at 10am on Thursday 10 July at Barclays in Bryant Road, Wallisdown.

Police said a man with blue tape covering his face entered the branch and demanded money. He was handed cash and left in a car being driven by another man.

Two men, aged 51 and 36 from Bournemouth, have been arrested on suspicion of robbery.

Detectives are appealing for witnesses to get in touch.

A security pack from the bank containing red dye was believed to have exploded in the vehicle which would have covered the occupants and the inside of the vehicle.

The first man was seen getting into a metallic light green coloured Peugeot estate car parked on Bryant Road. The car was occupied by another person and it drove off toward Mossley Road.

No one was injured in the incident and no weapon was seen.