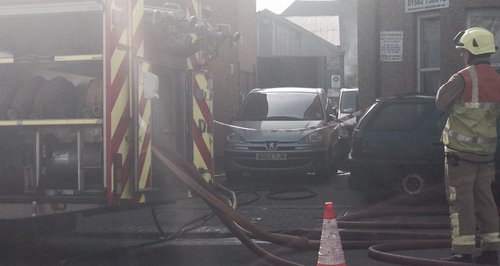 People are being evacuated from their homes as police deal with a fire in Leagrave Road in Luton.

Theres around 20 firefighters at the scene of the fire in a workshop.

Police were called at 11:50am and have put up a 200 meter safety cordon as canisters are kept on the site that is surrounded by residential properties.

The fire was having an impact on trains earlier but they're now running normally again.