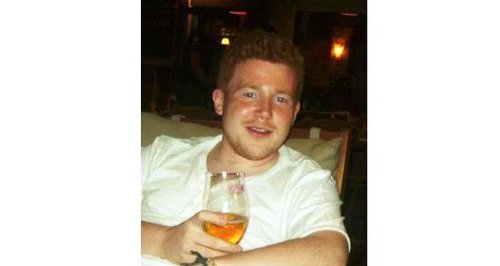 Two more men from Bedfordshire have been charged with the murder of a 24 year old stabbed in a fight in Windsor, Berkshire.

Seàn Noctor (pictured) was injured in Barry Avenue, Windsor just after 3am on Sunday 28 July 2013.  He died later in hospital.

A 24-year-old woman from Leighton Buzzard who was arrested on suspicion of assisting an offender has been released on police bail until 6 September.

A 26-year-old man from London arrested on suspicion of murder has been released on police bail until 10 September.

It reads: “Our lovely son and brother was taken away from us needlessly on Sunday. He was friendly and effervescent and we feel so privileged to have known him.

“Seán loved life. He loved his family and friends and with his cheeky smile he brought happiness and good times to those who knew him. Seán always saw the best in people and was willing to help those he cared about.

“We love him so much and our hearts are broken. Seán will be greatly missed and the memories we have of him will always be with us.

“As we try to come to terms with his premature passing, we ask for privacy at this difficult time.”