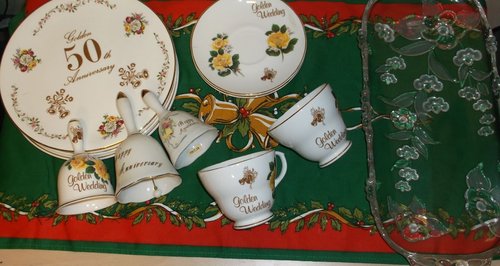 Police in Norwich want to reunite a couple with presents from their golden wedding anniversary.

They discovered a whole host of items they think are stolen in a woodland in Knowland Grove in Norwich.

Officers are asking the owners to come forward so they can give them back their property.

Anyone who believes that any of these items may be theirs should contact PCSO Daniel Chilvers at Norfolk Constabulary on 101 giving a description of the items.