Plans to upgrade three busy stretches of the A47 to dual carriageway and improve junctions have gone on show this week.

The A47 upgrade is part of the Government's record £15bn investment in England's motorways and major A roads (£3bn in the East of England).

Around Peterborough, the £300m project on the A47 includes making the road dual carriageway between Wansford and Sutton, in addition to improving the junction with the A141 at Guyhirn, to reduce congestion, improve safety and boost the economy.

This work on the A47 also includes improvements further east at Norwich and Great Yarmouth, with further sections of dualling and junction improvements.

A Highways England consultation seeking public views on the proposals starts today and will run until 11:59pm, Friday 21 April 2017.

"The dualling of several sections of the A47 will make a real difference to all our users on this road, as well as the economy by providing safer, more reliable and less congested journeys.

There are important decisions to be made, and now we're keen to get your views on the A47 to help us reach these decisions. I encourage anyone with an interest in the A47 to come along to one of our consultation events and check out the consultation materials online".

People are invited to attend one of the public information events, held at local venues along the A47, to find out more and take part. 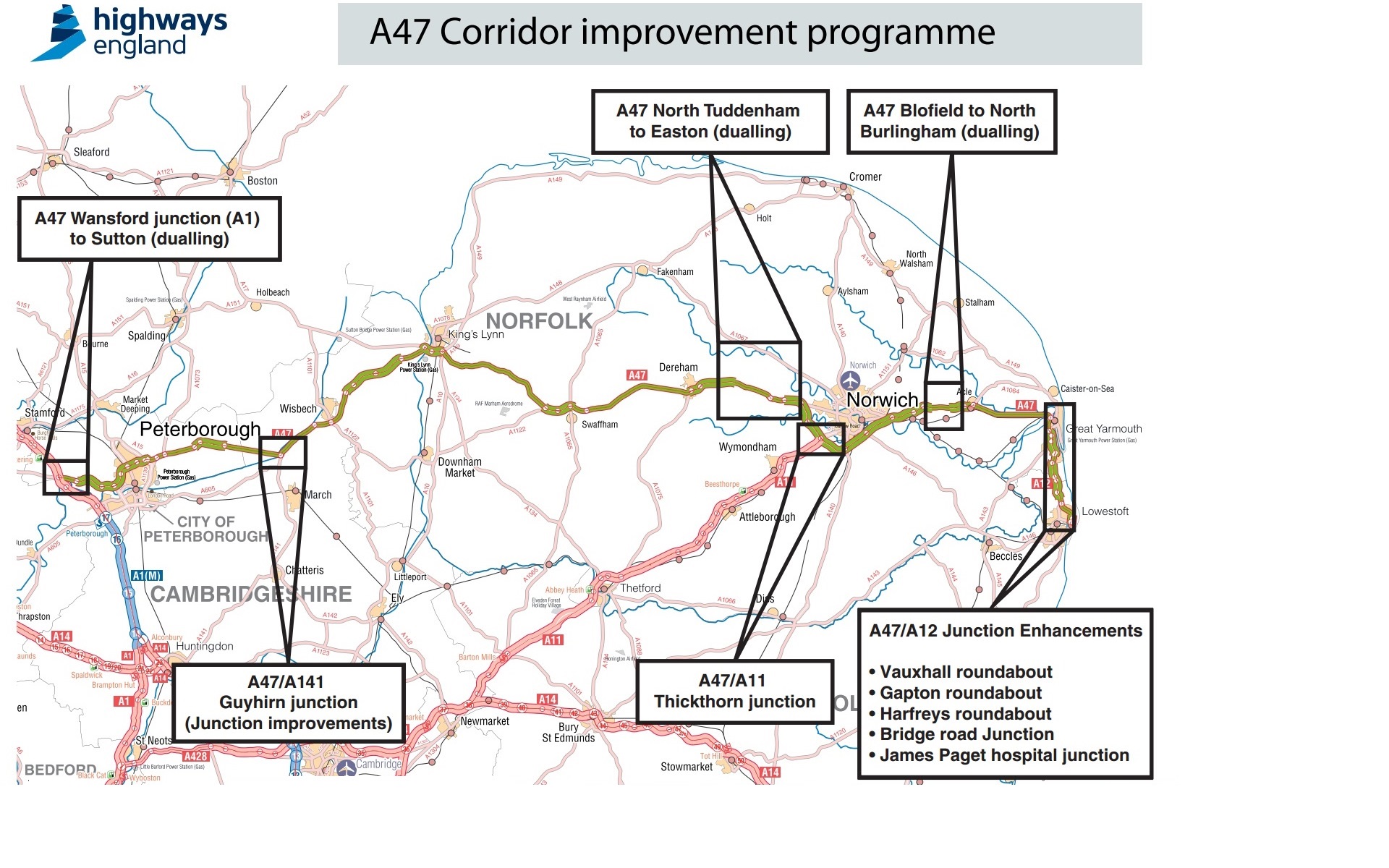 These events are being held for the Guyhirn scheme at:

For Wansford to Sutton at:

Information will also be displayed from Monday 13 March - Friday 21 April at:

Work is set to begin in March 2020, with completion dates for the various schemes being between March 2021 and November 2022.

All responses to the A47 consultation will help Highways England take the best possible improvements forward.

For more information about our proposals and the public exhibitions, and to provide your views, please visit www.highways.gov.uk/a47improvement

COVID-19: Overweight and obese more likely to test positive for the virus