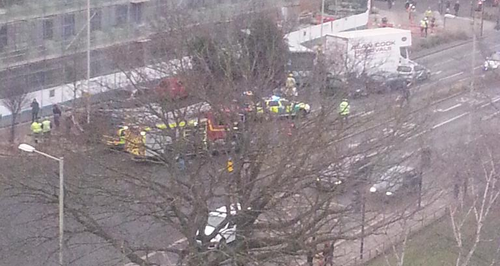 Police and Ambulance crews are attending a serious crash in Norwich city centre.

Officers were called to a crash between a bus and a number of other vehicles on Brazen Gate just before 4pm.

The bus is thought to have also collided with some scaffolding at the bus station.

Norwich bus station. I have no idea how that bus ended up where it did!! pic.twitter.com/AQFmb6mS87

Up to three people have been injured but their injuries aren't thought to be life threatening.

The St Stephen’s roundabout will be closed the incident is dealt with.

We'll update this story as it happens.