A psychiatric intensive care facility for children and teenagers in Norfolk has been closed down following an assessment by inspectors.

The Huntercombe Hospital in Buxton provided mental health services to 5 to 18 year olds who were detained under the Mental Health Act.

But the Care Quality Commission said it found inpatients there had access to dangerous items which they could harm themselves with and that staff didn't always treat the young people there with respect.

It also found the hospital was not protecting young people from carrying out acts of self-harm or aggression, and had not learned lessons from previous serious incidents that had taken place.

The CQC said it found "significant concerns" during an inspection in November and December last year, and that it took immediate action to protect those using the service.

Patients have been found alternative care by NHS England.

CQC deputy chief inspector for hospitals (lead for mental health) Paul Lelliott said: "Our inspection found a service that was not effectively managing risks to the young people in its care or protecting them from carrying out acts of self-harm or aggression.

"Staff failed to manage the safety of the hospital's physical environment too and, as a result, young people had access to dangerous items which they could harm themselves with.

"Although staff reacted to incidents on the wards, they did not take action to prevent incidents occurring or escalating.

"Additionally the hospital had not learned lessons from serious incidents or taken effective action to reduce the risks of similar events happening again.

"Staff failed to report some incidents and managers did not review or investigate all serious incidents robustly, openly and transparently.

"When the provider did investigate an incident, it did not take effective action and, despite giving repeated assurances that it had put measures in place, serious incidents of a similar nature continued to happen.

"There were insufficient numbers of skilled and experienced staff on wards to meet the needs of patients, we found staff did not always treat the young people with dignity and respect and the ward environment was unclean.

"This is why, following our inspection, we took urgent action to restrict the service and protect the young people using it.

"The provider subsequently decided it would close the service and all those using it were found suitable alternative care."

A spokesman for the Huntercombe Group said: "The closure was based on a combination of factors.

"The Huntercombe Group had been aware that the service was not meeting the standards that we expect to provide and whilst there had been improvements, there was still more to do to meet CQC requirements, as confirmed by the CQC inspection.

"The Huntercombe Group takes very seriously our responsibilities as a care provider and in consideration of these factors we entered into discussions with NHS England and the CQC about closing the service.

"The wellbeing of the people in our care is our priority and we worked collaboratively with case managers from NHS England and NHS Wales to ensure that patients and their families were supported while arrangements were made for alternative care provision that is appropriate to their needs." 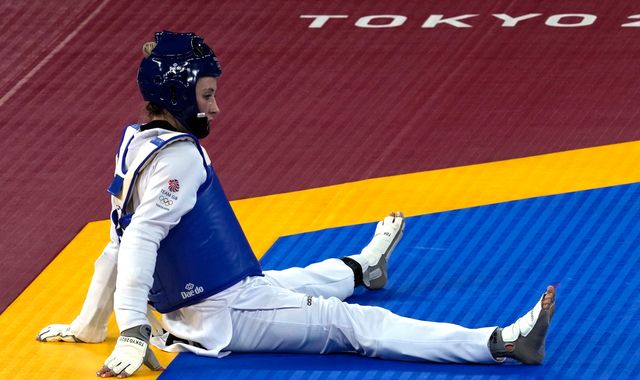