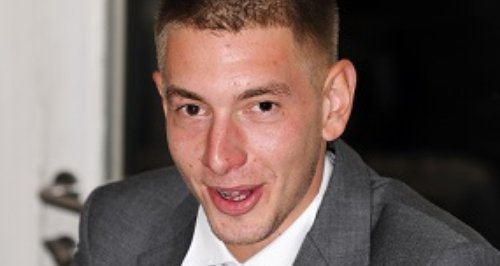 The first of the four victims of a fatal road traffic collision in Worlington on Friday night has been named by police.

Matthew Grant, 24, from Churchill Drive in Mildenhall was in a BMW M3 that was in collision with a Hyundai I30 on the B1102 Freckenham Road just before 8.15pm on Friday, 17 July.

He was one of four people to die in the crash - a 77-year-old man and a 75-year-old woman from Ely in Cambridgeshire in the Hyundai and a 28-year-old man from Mildenhall also in the BMW were pronounced deceased at the scene.

Mr Grant's family have released the following tribute on their behalf:

"He was a much loved son, brother, uncle and boyfriend. Matthew led a very outgoing and sociable life surrounded by friends and family. His passion in life was motor cross and music. He was well known and loved by all, he's left a massive gap in our hearts and lives that can never be filled. We as a family are deeply sadden by our loss but will continue to keep his memory alive with our lovely times together. Our thoughts go out to all other families involved in this tragic accident."

Police are continuing to appeal for any witnesses who may have seen the collision or either of the vehicles prior to the crash. Anyone with any information should contact the Suffolk Serious Collision Investigation team on 101 quoting CAD 415 of July 17.