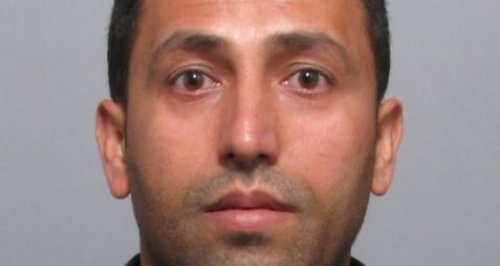 A man from Ipswich has been jailed for sexually assaulting a woman who'd fallen asleep in his car - thinking it was a taxi.

The 20-year-old victim got into Muhammed's car in Ipswich town centre on the 5th July last year.

She fell asleep as she was driven home towards Felixstowe, and was woken by Gahwar Muhammed assaulting her.

The woman then managed to get out of the car, running across the A14 to escape him, before calling police.

Police used CCTV footage from the town centre and arrested Muhammed at 6pm that day.

At Ipswich Crown Court today, Thursday 11 June, the 30-year-old from Woodcock Road was sentenced to three years in prison, having been found guilty following an eight day trial.

PC Liz Smy, of the Ipswich Gemini Team and the lead investigator in the case, said: "Muhammed was an opportunist predator, who allowed a young woman on a night out to get into his car mistakenly believing him to be a taxi driver, and then assaulted her whilst she was unable to defend herself.

"The victim's bravery in reporting the attack to police quickly, and the subsequent excellent work by specialist detectives, helped us to identify Muhammed as a suspect and secure his arrest later that same day.

"I am pleased with the sentence handed down by the court today and hope that it offers some comfort to the victim."