Man Arrested After Police Stand Off In Norwich 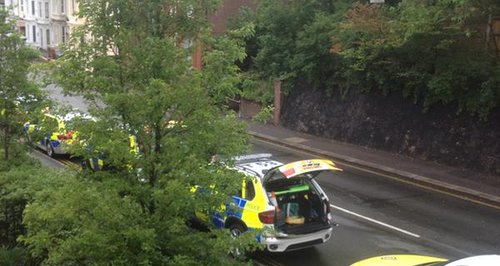 A man in his 40s has been arrested after a stand off in Norwich.

Police were called to a flat in Great Eastern Court, near the train station, at around 9:30am this morning (31st May) following concerns for the safety of a man.

Armed units were also sent to the scene and roads around the area were shut off.

A man was arrested and taken to Wymondham Police Investigation Centre where he will be questioned.

A police spokesman said: "Public safety is paramount and throughout the incident there were no indications of a wider risk to the community."