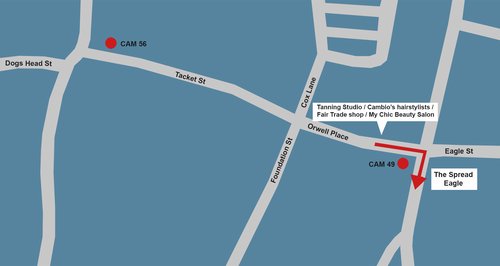 On the ninth anniversary of the disappearance of Hollesley teenager Luke Durbin, police are renewing appeals for information to locate him – and are re-issuing CCTV images of a vehicle that officers need to trace.

Luke went missing after a night out with friends in Ipswich on Thursday 11 May 2006. Luke had spent part of the evening in Zest nightclub on Princes Street before trying to make his way home in the early hours of Friday 12 May.

Officers plotted Luke’s route through Ipswich town centre towards Hawk Express taxi office in Old Foundry Road, Ipswich, where he attempted to get a lift home.

The last sighting of Luke was on CCTV walking across Dogs Head Street in the direction of the bus station at 4am on Friday 12 May.

He was reported missing to Suffolk Police by his mother, Nicki, on Saturday 13 May 2006.

Despite numerous appeals by police and Luke’s family, including a BBC Crimewatch appearance in November 2013, and extensive enquiries over the past nine years, no trace of him has been found.

As enquiries continue, police are re-issuing CCTV images of a vehicle seen in Orwell Place in Ipswich at 4.09am on Friday 12 May 2006, just minutes after the last CCTV images of Luke were captured. 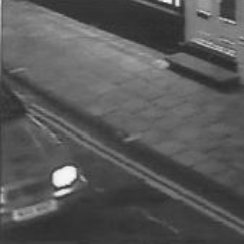 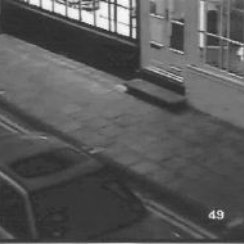 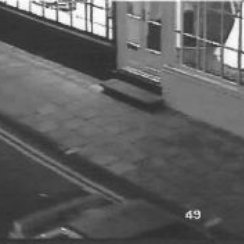 It is now known this is a silver or white coloured Volvo 440 saloon car – and police are keen to trace the driver and any occupants of the vehicle.

The investigation is currently being managed by the Joint Suffolk and Norfolk Major Investigation Team and Detective Superintendent John Brocklebank is again appealing for anyone with information to come forward.

"We remain convinced that someone locally knows what has happened to Luke, however we are still waiting for the crucial piece of information that can solve the mystery of his disappearance. Today we’re releasing the CCTV images of a Volvo seen in the area on the morning in question – just minutes after the last sighting of Luke on foot a short distance away.

"Despite appeals we have not been able to trace the occupants of this car and we’re asking anyone who may be able to help to come forward. The type of car has been identified by the Transport Research Laboratory and we’d like to hear from anyone who knows someone who had access to a silver or white coloured Volvo 440 around May 2006 who may have been in Ipswich around 4am that day.

"Over the past year more than 20 pieces of intelligence or information have come into the incident room, showing this is still something that people have information on, so we hope this new appeal may prompt a response that leads us to finding out what happened that morning. We remain determined to find the answers for the sake of Luke’s family.

"I can understand that someone may feel reluctant to come forward but I would like to reassure them that we can protect them if necessary and they can come forward in complete confidence to speak to an officer on the case.”