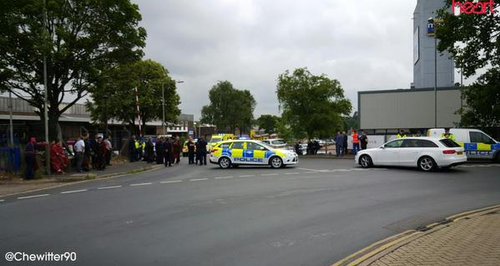 Two men have died after an explosion and a fire at an industrial estate in Norwich.

The explosion, at the digger bucket manufacturer Harfords Attachments on Spar Road in Hellesdon, was heard at around 9:20am this morning (13th July).

Ashley Cashfield, who works at Plastic Building Supplies on Vulcan Road, told Heart: "There was lots of black smoke coming from near our office so I was quite concerned initially.

"I drove round to the back to get a closer look and I could see lots of staff that had been evaucated from the building.

"Most of them were obviously quite distressed. They seemed fairly relaxed and that things were under control but there was obviously a sense of panic between them."

Spar road explosion was 256m from my house.

@EastEnglandAmb Rapid response vehicle, Ambulance, officer and critical care resources all on scene on reports of an explosion in Norwich

Emergency services, including the East Anglian Air Ambulance, have been called to the scene and Spar Road has been cordoned off. 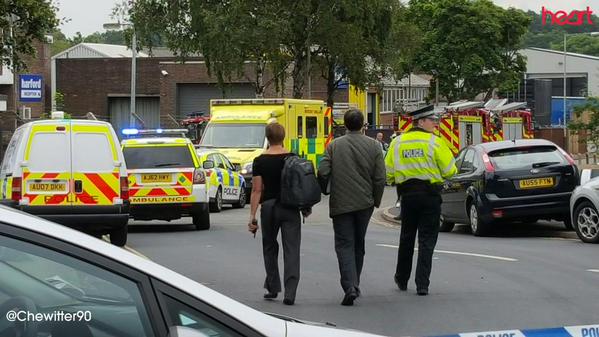 It's thought the men who died, one aged in his 50s and one in his 20s, both worked at Harfords Attachments.

No one else needed medical attention.

The fire has been put out and forensic teams are investigating.