RAF Tornado jets will mark their retirement from service with a three-day series of "finale flypasts" around the country.

Aircraft are set to fly next Tuesday, Wednesday and Thursday (19-21st February).

The routes will be posted by their home base, of Norfolk's RAF Marham including Bury St Edmunds, Holbeach, Duxford, Bedford, Cranfield and RAF Halton. 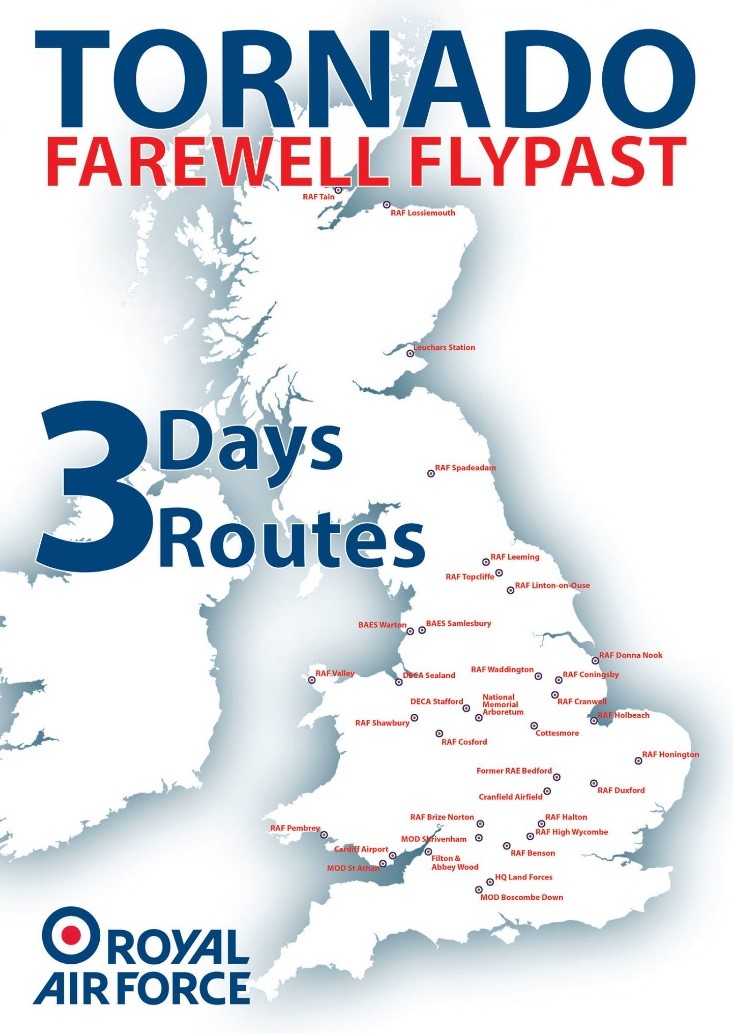 Timings have yet to be published.

Station Commander Group Captain Ian "Cab" Townsend wrote on Twitter that the flypasts, with up to three jets, would be a "superb celebration of Tornado and those who have supported her across the country".

He earlier said routes were chosen to commemorate places that have contributed to Tornado over the years.

There will also be a nine-ship formation flight from RAF Marham on February 28, he said.

The Tornado, in service since 1979 and first used in combat during the first Gulf War, will leave service before the end of March.

Eight Tornadoes, which were stationed at RAF Akrotiri in Cyprus and used in the fight against Islamic State, returned home to RAF Marham earlier this month.

The role of the Tornadoes will be taken over by Typhoons, with new weapons systems.