A joint investigation is underway after police were called to reports of suspected illegal immigrants being brought into Suffolk from the water at Bawdsey.

Police were called shortly after 6:30pm on Saturday evening, by a member of the public reporting that a yacht had brought a number of people to the quayside at Bawdsey.
The group of people were seen to enter a black Range Rover on the quay and leave the area in the direction of Woodbridge.
The vehicle was later found outside a pub in Bromeswell and a 6 people – four men and two women, were seen to flee the area. One male is described as being white, wearing a red fleece top and carrying a black bag, one is described as having a tanned complexion, wearing a blue top and dark jeans, one is described as a white man wearing a white t-shirt and shorts and the fourth is described as wearing a dark or blue coloured top. One of the women is described as wearing a pink coloured fleece top, jeans and white trainers and the other is described as being white with light blonde hair and was wearing a green top.
Officers are appealing for witnesses to this incident and are keen for anyone who has seen the group to contact officers who are concerned for their welfare.
Police are carrying out an investigation into the incident with UK Border Force. 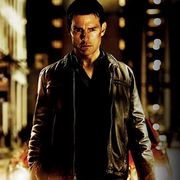