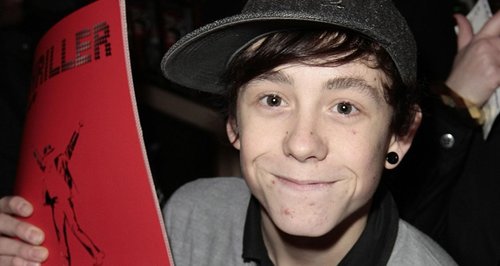 Tributes have been pouring in after Lowestoft-singer and Rock School star Lil' Chris was found dead in Suffolk.

The 24-year-old, who's real name was Chris Hardman found fame at the age of 15 - appearing on Channel Four's Rock School.

They say they're not treating the death as suspicious.

Stars have been tweeting their shock and sadness after the news.

Shocked and saddened to hear the news about Lil' Chris. He supported us a while back and was a little star and an awesome guy. #RIPChris

Thoughts go out to his family. Such a shame. Really nice guy and positive role model for our area #ChChChCheckingI... http://t.co/Qs336sI25c

Sad to report Lil Chris from the Gene Simmons Rock School TV show, has passed on. He was loved. RIP, Lil Chris. pic.twitter.com/ODlHs1bX6y

Olympic boxer Anthony Ogogo went to the same school as Chris - he spoke to Heart about the singer.