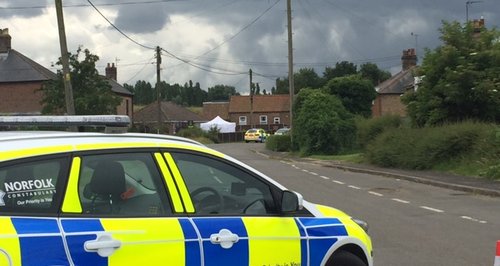 Two people have died in a suspected shooting in Magdalen, near Kings Lynn.

When police arrived they found the body of a man in the front garden, while a woman's body was found inside. They are both believed to be in their late 40s.

Detective Superintendent Paul Durham, Joint Norfolk and Suffolk Major Investigation Tea, who is leading the enquiry, said "We are in the very early stages of the investigation and while I understand how shocking the news of this incident must be for neighbours of the two people involved and other local residents, I can reassure them that we are putting all our efforts into establishing the circumstances surrounding their deaths."

A seal remains in place at the property for forensic examinations to continue by crime scene investigators. The road has also been closed to preserve the scene for further investigation.