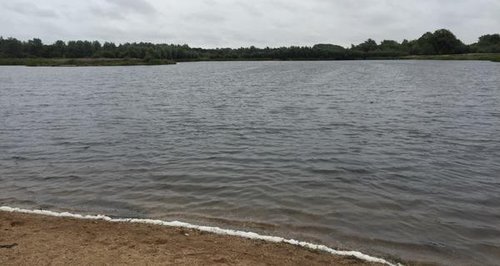 UPDATE 6PM: The teenage girl drowned 'trying to save younger boy' at the Norfolk Nature Reserve.

The families of 14-year-old Bonheur Musungay and 17-year-old Stella Kambi could only watch as the teens got into trouble in the water.

Police, their helicopter, search and rescue and up to 40 firemen were called out just before 5pm on Wednesday but there was nothing they could do.

And just before 9pm, police told us they had found two bodies in the water.

Norfolk Police can confirm that two teenagers have sadly died after an incident in Trowse: http://t.co/OjGu5KQ1lO

It has been revealed Stella, a close friend of Bonheur, went into the water to try and help him after he got into difficulty.

Tragically, she got into trouble herself, and both were pronounced dead at the scene.

One man out walking his dog this morning spoke to Heart's reporter and told her young people often go swimming in that part of the lake.

Detective Sergeant Sarah Knights, who is overseeing the enquiry, said: "This is a tragic incident and on behalf of everyone involved I would like to offer my condolences and deepest sympathies to the family."

Det Sgt Knights said members of the public had entered the water before emergency services arrived but were unable to help the boy and girl.

She added: "A number of witnesses were spoken to at the scene and we will now continue to working together with partners to piece together what happened and post mortems will take place in due course.

"Without wanting to prejudge what has happened here I would urge people to take the utmost care around water and to be aware of hidden dangers such as fast flowing currents and underwater obstacles and weeds."

An inquiry's now begun into what happened in Thorpe Marshes on Wednesday.