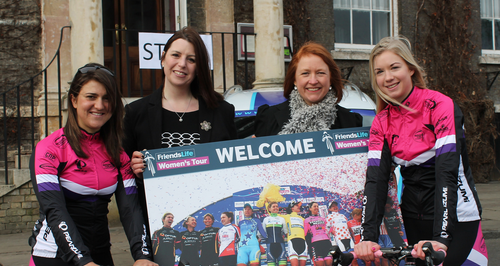 With 100 days to go until the Friends Life Women's cycling Tour comes back to Suffolk, the route the cyclists will take through the county's been announced.

They will start at Angel Hill in Bury in the morning of 17th June for the first leg of the event.

The 110.2-kilometre, (68.5mile), leg will be entirely within Suffolk passing through five Boroughs and Districts - St Edmundsbury, Mid Suffolk, Babergh, Ipswich and Suffolk Coastal - with an expected finish around 14:15.

Heading east from Bury St Edmunds, the opening stage will take in Stowmarket, Ipswich, Woodbridge Saxmundham, and Leiston, before the final run in to Aldeburgh along the coast south from Thorpeness, with the finish on the Market Cross. 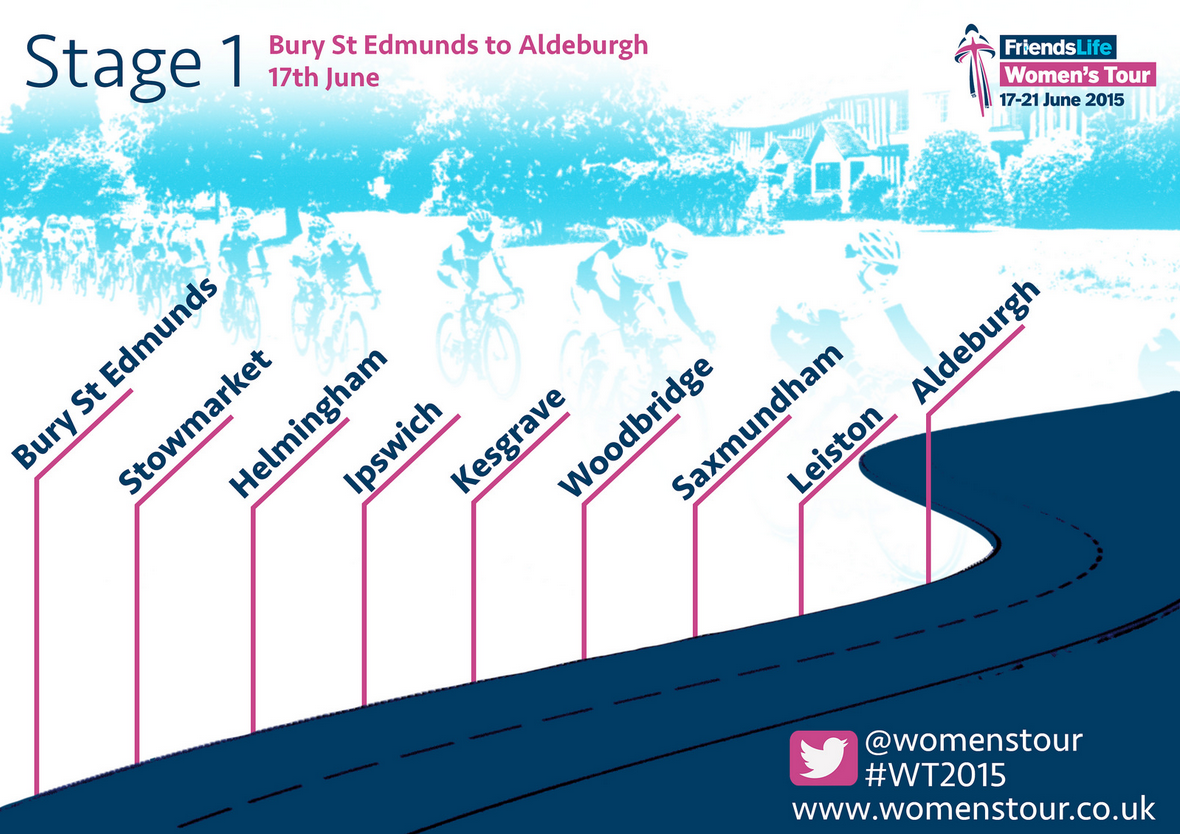 Councillor Derrick Haley, Leader of Mid Suffolk District Council, said: "We are delighted to be involved with the Friends Life Women's Tour again this year. It's a fantastic event, which was really well supported last year and helped to promote Mid Suffolk as a cycling destination to visitors from across the UK and Europe.

Two sprints will take place during the stage at Kesgrave, outside Kesgrave High School, and a second to be confirmed location.

Riders will also tackle two Queen of the Mountain climbs at Hemmingstone, north of Ipswich, and at Snape, home to the world famous Concert Hall which is operated by Aldeburgh Music .

Race Director Mick Bennett said : "In 100 days Suffolk will be host to the world's top teams and female riders for the opening stage of the Friends Life Women's Tour, with some beautiful scenery and a great location.

"We are expecting an exciting sprint finish in Aldeburgh, with the stage winner becoming our first Friends Life Yellow Jersey of the 2015 race."