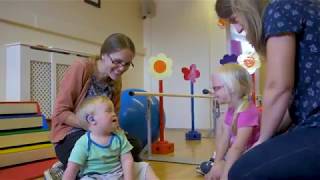 Dave And Heidi Have A BIG Surprise For Two East Anglian Charities!

Global's Make Some Noise is Heart's charity that gives a voice to small but brilliant projects across the UK including Musical Keys, based in Norwich, and The Bumblebee Children's Charity in Ipswich.

The Bumblebee Children’s Charity helps more than twenty families each year in Suffolk who have children with physical and learning disabilities.

The charity was hoping for a grant of £36,610 but thanks to the generosity of Heart East Anglia listeners, Global’s Make Some Noise donated more than double that amount - a huge £86,300!

Heart East Anglia managing editor, James Keen said: "Global’s Make Some Noise plays such an important role in raising awareness of small charities like The Bumblebee Children’s Charity.  The kindness of listeners means that Global’s Make Some Noise can more than double its donation, which will help The Bumblebee Children’s Charity care for more children with disabilities."

In Norfolk, Global's Make Some Noise surprised Musical Keys with another big cheque. The charity, which upports more than 5,000 disabled people in Norfolk by providing them with access to music and the arts had applied for £32,749 and were stunned when Dave and Heidi from Heart Breakfast arrived with a cheque for £79,000!

The money raised by Heart East Anglia and Global’s Make Some Noise will completely fund the cost of their Unite & Express Project as well as additional weekly sessions for two years. The Unite & Express Project uses music to improve childrens and young people’s emotional & mental well-being delivering life-changing benefits to those helped by Musical Keys.

We’d just like to take this opportunity to say a huge THANK YOU to every single one of you who text in and donated money, or got involved with one of our events…

Thank you for everything you've done, we couldn't have done it without you!

Want to get involved in Global's Make Some Noise in 2018? Find out how here!