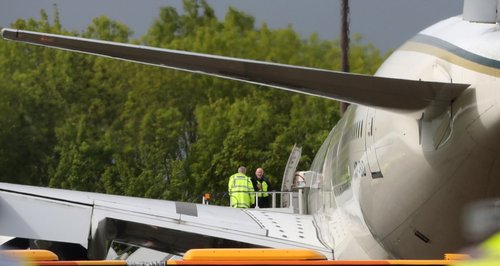 A man has been arrested after a security incident outside Stansted Airport.

A man has been arrested after a car was driven into a security barrier outside an airport.

Essex Police were called to the incident at Stansted Airport just after 4.30pm on Friday (13 March). A green Ford Fiesta had been driven into the barrier at Enterprise House, just outside the airport.

The area was evacuated while army bomb disposal experts checked the vehicle.

It was cleared as safe and all cordons have been lifted.

A 21-year-old man from Enfield, arrested just after the incident on suspicion of public order offences, has been taken to a local hospital for a medical check-up.

Enquiries into the circumstances of what happened are continuing. Essex Police would like to thank the public for their patience and the airport staff for their assistance during this incident.

Flights were not effected during the incident, but trains did not stop at the airport for several hours.