Barrymore Due "More Than Nominal" Damages

Michael Barrymore is entitled to "more than nominal" damages against Essex Police over the wrongful arrest which he says destroyed his career, a High Court judge has ruled.

The comedian and TV presenter was arrested and detained in June 2007 on suspicion of the rape and murder of 31-year-old Stuart Lubbock, who was found in the swimming pool at his Roydon home six years earlier.

Mr Justice Stuart-Smith, sitting in London on Friday, ruled against the force, which had argued that Mr Barrymore should only receive a nominal payout.

Mr Barrymore, 65, who was not present for the decision, values his claim at more than £2.4 million.

The judge did not decide on the sum to be awarded, as his ruling dealt only with the preliminary issue of the level of damages to be awarded to Mr Barrymore, who brought the action in his real name, Michael Ciaran Parker.

Essex Police had admitted the arrest was unlawful, as the arresting officer did not have reasonable grounds to suspect that Mr Barrymore was guilty.

Mr Justice Stuart-Smith ruled that the defendant - the Chief Constable of Essex Police - "has failed to prove that, if not arrested unlawfully as he was, Mr Parker could and would have been arrested lawfully".

He added: "Mr Parker is entitled to recover more than nominal damages." 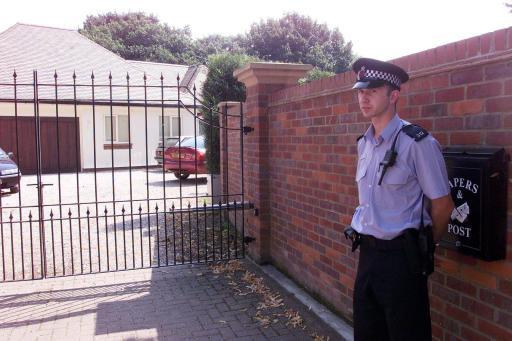 Essex Police had argued that Mr Barrymore could have been lawfully arrested by another officer, meaning that only an award of nominal damages should be made, rather than the "substantial" sum sought by the star.

The judge ruled that there was "information available to the police that could have provided an arresting officer with reasonable grounds for a lawful arrest".

But he added that "there was only one designated arresting officer who had sufficient information and had been sufficiently briefed to enable her to arrest Mr Parker lawfully".

Mr Justice Stuart-Smith said that arrest would also have been unlawful "because none of the police officers at the scene had sufficient information or had been sufficiently briefed to enable them to arrest Mr Parker lawfully".

At a hearing earlier this year, Hugh Tomlinson QC said that Mr Barrymore was never charged with any offence and the Crown Prosecution Service (CPS) later made it "crystal clear" there was no basis for any charges.

He told the judge that Mr Barrymore remained convinced that Mr Lubbock's injuries were not caused at his home but he did not know what happened.

He added: "This arrest was made without any proper evidential foundation.

"However, the fact that it had happened, and the worldwide publicity it received, destroyed the claimant's career."

Mr Lubbock's body was found in the pool after a party where drugs and alcohol were consumed.

In 2002, an open verdict was recorded at the inquest into his death.

At the conclusion of Friday's announcement of his decision, the judge adjourned an application by the force for permission to appeal, which is now likely to be heard in October.

Essex Police has also issued a statement: "The judgement is clear that the officers leading the investigation in to Stuart Lubbock’s death had reasonable grounds to suspect Mr Parker had raped or murdered Mr Lubbock at his home address and had reasonable grounds for believing that it was necessary to arrest him. It is acknowledged that the threshold for forming this suspicion is low and falls far short of that required to charge or convict a person.

"The judgement also states there was clear evidence of a violent penetrating assault which may have been rape and that Mr Parker was one of a small and closed group of people who could have committed the assault.

"Unfortunately the designated arresting officer who did have the required knowledge to make a lawful arrest was stuck in traffic when Mr Parker was seen on June 14, 2007. For operational reasons it was not desirable to postpone the arrest which was co-ordinated with the arrest of two other suspects. It is agreed that the surveillance officer who arrested Mr Parker did not have the required grounds for suspicion in his mind and therefore the arrest was unlawful.

"The question of what losses Mr Parker suffered as a result of his arrest on that day in June 2007 will now proceed to a further hearing.

"Today’s judgement must not overshadow the questions which are still unanswered for Mr Lubbock’s family and friends. Sixteen years on they still need to know what happened to Stuart on that night, how he was injured, and who is responsible for his death. A small number of people know the answers to those questions and over the years loyalties change and somebody may want to help us at this time. Essex Police remain committed to establishing what happened. Anyone who feels they have information which could help police answer those questions should contact us on 101 or Crimestoppers on 0800 555 111."

Are opticians open in the UK during lockdown and how can I get an appointment?