Three drug dealers caught with nearly £3,000 worth of the Class A drug cocaine have been jailed for a collective total of seven years.

Basildon Crown Court heard how officers from the South Operation Raptor team were patrolling the Basildon area on June 28th 2016 when they spotted a suspicious looking vehicle parked in Craylands.

Suspecting a drug deal was about to take place officers approached the car and could see one of those inside – 27-year-old Jack Miller with a bag containing 24 wraps of the Class A drug cocaine.

All three people in the car were arrested.

During a search at Miller’s home in Saxon Court, Benfleet the officers found £1,300 in a cupboard, believed to be the proceeds of his drug dealing.

During a search of the home of 25-year-old Daniel Norfolk in Craylands, Basildon they found cocaine in a jewellery box, a stun gun, two knuckle dusters an asp and CS spray.

Officers also found a list of drug transactions which had been written by Norfolk. The total haul of drugs had a street value estimated at £2,920.

Miller was charged and admitted possession with intent to supply and being concerned in the supply of a Class A drug. He was jailed for 18-months.

The third man in the car Jamie Egan, 35, of Great Gregorie, Basildon was charged with and found guilty of possession with intent to supply and being concerned in the supply of a Class A drug. He was jailed for two and a half years.

Following the sentencing Pc Dan Onley of the South Operation Raptor team said: “We know where drug dealers operate, who they associate with and what vehicles they use.

"We’ve said time and again that if people are dealing drugs it is only a matter of time before Operation Raptor come knocking on your door. If people – like these three dealers – choose to ignore that warning then they can expect to find themselves in a prison cell very soon.

"Essex Police will continue to ensure there is #noplace2hide for those intent on dealing drugs in our county."

The sentencing comes as Essex Police is stepping up its action against those involved in gang crime and the illegal drugs trade even further with the launch of Operation Essex.

Teams from across the force, including Operation Raptor, Operational Support Group (OSG), roads policing, public protection and community and local policing, are coming together to specifically target those involved in drug supply in Essex as well as the associated violent offences which often go hand in hand with the illegal substance trade.

Officers will use a variety of tactics and are continuing to work with partners to safeguard those vulnerable to exploitation by drug dealers and gangs.

Anyone with information about drug or gang-related crime in their community can contact Essex Police on 101 or Crimestoppers anonymously on 0800 555 111.

Euro 2020: Wales through to knockout stage despite losing 1-0 to Italy 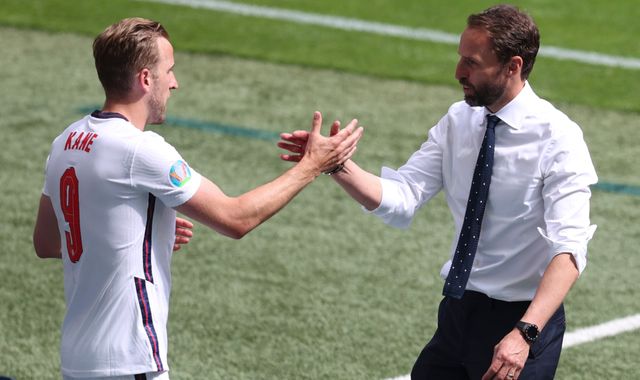