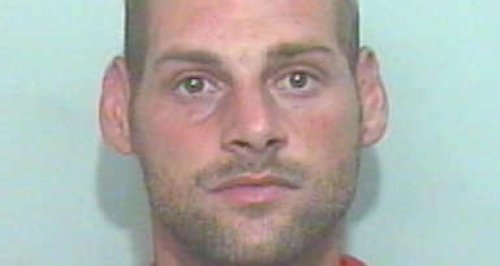 A man has been found guilty of attemping to murder his former partner and leaving her for dead in Basildon.

30-year-old Matthew Sargent, of no fixed address in Basildon, was arrested following the incident during the evening of Thursday, 22 August, 2013 in Osier Drive, Basildon.

The victim, who was aged 33 at the time, suffered critical facial and head injuries and was taken by ambulance to Basildon Hospital and subsequently transferred to a specialist London hospital.

Whilst she is recovering physically from the assault, she has been left with lifelong medical complications and scarring.

Matthew Sargent had previously pleaded guilty to Section 18 Grievous Bodily Harm with intent, but was found guilty of attempted murder by a jury at Basildon Crown Court, following a week long trial.

Senior Investigating Officer, Det Chief Insp Mark Hall, from the Kent and Essex Serious Crime Directorate said: “Sargent has shown himself to be a violent and manipulative man who battered the mother of his child and left her for dead. This was a brutal and sustained assault, which the victim was lucky to survive.

"Following the assault Sargent’s first thoughts were how he could avoid arrest and conviction; telling a string of lies which were intended to deflect the police investigation away from him.

"Not once did he think to call for help for his victim, who he left alone with terrible injuries. This jury has clearly concluded that it was Sargent’s intention to kill the victim, leaving his son without a mother.

"The victim has conducted herself with great dignity and courage throughout her ordeal. Whilst she is now recovering from her injuries, I am sure that the mental and physical scars from this brutal attack will live with her forever. I am pleased for her and her family that Sargent will now spend a considerable time in prison, despite the string of lies he told.”

Sargent will be sentenced next month.