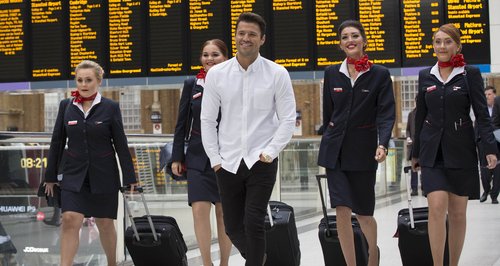 Low-cost airline Jet2.com is to open its first base in the south of England at Stansted.

The Essex airport will be the carrier's ninth UK base when services begin on March 29th next year.

The airline's chief executive Steve Heapy said the move would make it "a truly national brand".

This will put the airline on a par with easyJet as the second largest carrier at the airport, behind Ryanair.

The flights will operate using six new Boeing 737-800 aircraft, with the majority during quieter periods at the airport to fill gaps in its schedule and make use of its spare runway capacity.

Customers of the airline's package holiday arm, Jet2holidays, will also use the new routes, which were launched by Mark Wright and Jet2.com cabin crew at Liverpool Street.

Stansted's chief executive Andrew Cowan described the announcement as a "vote of confidence in Stansted" and said it demonstrated the airport's ability to offer more flights amid the long-delayed decision on whether to boost runway capacity at Heathrow or Gatwick.

Jet2.com's arrival at Stansted is expected to create 250 new jobs at the airport and support more jobs across Essex.