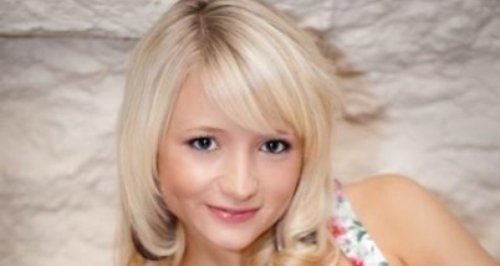 Amnesty International has called for a full investigation into claims that two Burmese migrants convicted of murder University of Essex student Hannah Witheridge in Thailand were tortured.

The bodies of 23 year-old Hannah and fellow backpacker, 24 year-old David Miller, were discovered on the holiday island of Koh Tao on September 15 last year.

Miss Witheridge, from Hemsby, Norfolk, had been raped before she was killed while Mr Miller, from Jersey, had been hit over the head before drowning in the sea.

Bar workers Zaw Lin and Wai Phyo, also known as Win Zaw Htun, initially confessed to the murders but later retracted their statements, claiming they had been tortured.

Neither man, both aged 22, showed any emotion as they were found guilty of murder and rape and issued with the death penalty. They are set to appeal and it could be between six months to a year before a decision is reached, according to their legal team.

The family of victim David Miller described the long-awaited verdict, delivered at a court on the island of Koh Samui, as "justice'', but Amnesty called on the Thai authorities to hold an independent examination of the torture allegations.

Champa Patel, Amnesty International Director for Southeast Asia and the Pacific, said: "Thai authorities must ensure that any alleged confession or other statement obtained as a result of torture is not admitted as evidence in court in any retrial of the case, unless against those accused of torture to prove that the statement has been taken.

"This requires an independent investigation, which the police should certainly not be in charge of.

"The Thai police force has a long and disturbing track record of using torture and other forms of ill-treatment to extract 'confessions'. This is far from an isolated case. The Thai authorities must start taking concrete steps to stamp out torture, not just paying lip service to doing so.

"We hope that the Thai authorities will ensure the truth in a retrial that respects international human rights law and standards, so that the families of Hannah Witheridge and David Miller get the justice and peace of mind they deserve.''

Amnesty said that in its own investigation of the case, the Thai National Human Rights Commission found the allegations of torture to be credible.

Despite Amnesty's misgivings Mr Miller's brother Michael, flanked by parents Ian and Sue, said outside court that the "correct decision'' had been reached.

"We believe the result today represents justice for David and Hannah.''

Mr Miller said widespread interest in the case had ensured the defendants received the "best possible representation in court by a team of seven top lawyers''.

"They raped to satisfy their selfish desires and murdered to cover up that fact. They have shown no remorse during the trial.''

Mr Miller said that after hearing the evidence during the trial he believed the Thai police investigation was "not the so-called shambles it was made out to be''.

"Like many people we were initially unsure what to think when Zaw Lin and Wai Phyo were detained as suspects,'' he said.

"We saw images of two innocent looking men surrounded by tough policemen. It was easy to conclude they might be convenient scapegoats.''

Mr Miller said the defendants' cause had been promoted "vigorously'' by a group of activists including a petition handed to 10 Downing Street.

"We believe that after a difficult start the Royal Thai police conducted a methodical and thorough investigation,'' he said.

But Andy Hall, of the Migrant Worker Rights Network which represented the men, said: "The defendants have said today, whatever the decision, they accept the decision but they believe very strongly that one day the truth in this case will come out.

"They're confident during the appeal process they will be acquitted.''

Miss Witheridge and Mr Miller met on Koh Tao while staying at the same hotel.

Prosecutors said DNA evidence collected from cigarette butts, a condom and the bodies of the victims, linked Lin and Phyo to the killings.

But lawyers representing the pair said DNA samples from the alleged murder weapon - a garden hoe - did not match that of the two men and their confessions were a result of torture in the context of "systematic abuse'' of migrants on Koh Tao.

A re-enactment of the murders in which the defendants were paraded in front of the media was also "staged under threat of violence'', the lawyers added.

Thailand has not carried out any executions since 2009.