CCTV After Attempted Robbery In Stock 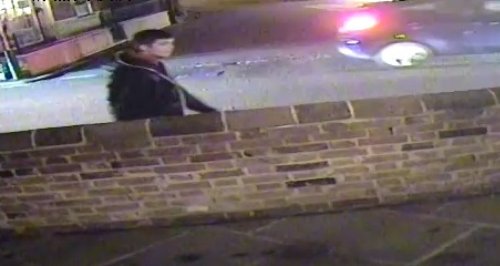 A CCTV image has been released of a man police want to speak to over an attempted armed robbery at a shop near Billericay.

A man with what officers say "appeared to be a hand gun" went into the Four Vinters shop on Mill Road at around 6.20pm on Wednesday, 25 November.

"But he left empty-handed after the victim, who is aged in his 50s, chased him out of the shop and down Swan Lane before losing sight of him.

"No shots were fired and no-one was injured.

"Officers were assisted by a police helicopter to carry out an extensive search of the area for the suspect, who is yet to be located.

"Enquiries are ongoing and police have released a CCTV image of a man they want to identify.

"He is described as white, about 6ft tall and slim.

"He wore a red scarf, blue jeans, dark shoes, a shiny black padded gilet and a dark coloured hooded top underneath with a silver or white trim.

"Anyone who recognises the man or has any information that can assist the investigation is asked to call Dc Richard Walker on 101.

"Alternatively they can contact Crimestoppers anonymously on 0800 555111 or www.crimestoppers-uk.org".