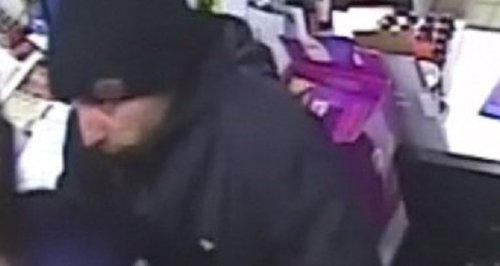 CCTV images have been released of a man police want to speak to over an armed robbery at a service station in Leigh-on-Sea.

It happened at the Belgrave Service Station on New Year's Day.

Essex Police said: "A man entered the shop at Belgrave Service Station in Rayleigh Road, Leigh on Sea, at 9.25pm on Friday January 1, went behind the till and threatened a staff member with a knife.

"He demanded money and stole several hundred pounds before running off.

"The staff member was not hurt but was left shaken.

"Anyone who recognises him or has any information is asked to contact Pc Victoria Leese at Rayleigh CID on 101.

"Alternatively they can ring Crimestoppers anonymously on 0800 555 111 or www.crimestoppers-uk.org.

"It offers rewards of up to £1,000 for information leading to the arrest and/or conviction of offenders".