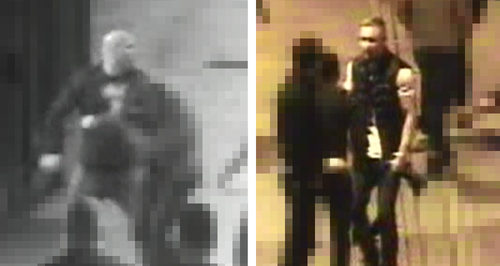 Police have released CCTV images of two men involved in an assault outside the Argos store in Springfield, Chelmsford.

The men are two of a number of people who were involved in the public order incident in December, which saw two plain clothed police officers assaulted.

Police have described the men as "both being around 6ft tall; one is of slim build, had very short light brown or dark blonde hair and was wearing a Puffa style quilted body warmer and jeans.

The other is of a stocky, muscular build, has a bald or shaved head and was wearing a dark, snug fitting jumper and jeans."

Police are asking anyone who recognises the men to contact Dc Julie Boyce at Chelmsford CID on Essex Police 101, or to give information annoymously on 0800 555 111.

Four men have been arrested in connection with the incident and have been granted bail pending futher enquiries.