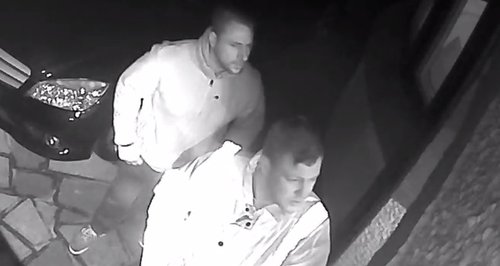 Police have released CCTV images of two men they want to speak to over an assault in Leigh-on-Sea.

It happened at around 8.15pm on Monday, 7 March on Marine Avenue.

Essex Police said: "A man in his 30s was approached by two men who tried to punch him and then was chased down the street.

"Police have been making a number of enquiries but now have CCTV which could help the investigation.

"Anybody who does recognise the men is asked to contact PC Chris Flynn at Southend on Essex Police 101.

"People can also give information to the independent crime-fighting charity Crimestoppers anonymously on 0800 555 111 or via an Anonymous Online Form at www.crimestoppers-uk.org".