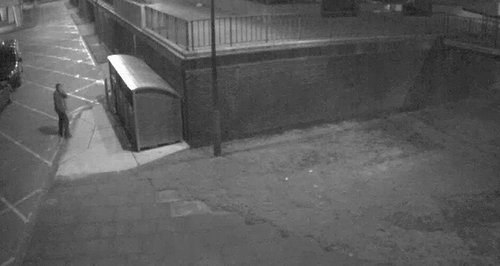 Police investigating a shooting in Southend have released a CCTV image of a potential witness.

A 23 year-old man from London was found with a shotgun wound to his stomach on Southchurch Road at around 12.45am on April 18.

Police believe he had been attacked near the Malvern Flats.

Two teenagers, a 19 year-old from Southend and an 18 year-old from Leigh-on-Sea, have been arrested on suspicion of attempted murder.

They have been released on bail until August 11.

Investigating officer, Detective Constable Tara Shepherd, said: "We have already made a number of arrests in connection with this shocking incident, which we believe to be a targeted attack.

"We are continuing to progress with our enquiries and are keen to speak to the man pictured who was in the area at the time and may have vital information that could assist with our investigation.

"I would appeal for him or anyone else who has any information to please get in touch with us".