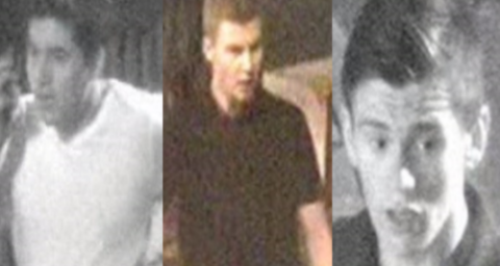 Police have released CCTV images of three men they want to speak to over an assault in Chelmsford.

A 21 year-old man was left with a fractured jaw following the attack on Market Road at around 3am on Monday, 28 December.

Officers say he was injured after being punched and kicked.

Anyone who can identify the men pictured is asked to contact Dc Martin Amundsen at Chelmsford CID on 101 or Crimestoppers on 0800 555 111.